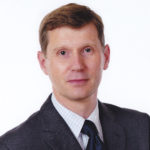 Tim Janes Hon FBCI has been appointed as the new chair of the Business Continuity Institute (BCI), taking over the role from James McAlister FBCI. Most recently, Janes held the position of BCI Global Board vice-chair after being voted in by his fellow members of the Global Membership Council. He also acted as the editorial advisor for the BCI’s Good Practice Guidelines 018 Edition.

Janes has been an active supporter of the BCI since 2007 and was awarded an Honorary Fellowship of the organisation in 2014. Over the years, he has held a variety of positions with the Institute including New South Wales Forum secretary, New South Wales leader, Australasian Chapter president and Australian Chapter representative on the BCI’s Global Membership Council.

On taking up the post, Janes commented: “This is an opportune time to be taking over the chairmanship from James as the BCI reaches its 25th Anniversary next year. The quarter century milestone is a time for both reflection and further ambition. It will be great to revisit the BCI’s multiple achievements since its founding in 1994. I’m very optimistic about the opportunities that lay ahead. The BCI is pushing new boundaries in terms of international growth, evolution in the business continuity discipline and exploring new ways to engage with members. I’m very much looking forward to what I’m sure will be a fascinating two-year journey.” 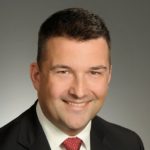 Christopher Horne FBCI has been appointed as the new vice-chair of the BCI. Horne was elected as a member of the BCI Board in February of 2018. He originally joined the BCI in 2005 as an associate before becoming a member in 2006 and a Fellow in 2017. Throughout his career, Horne has been an active volunteer with the BCI in Canada and, over the years, has held various positions including chapter communications co-ordinator and active president as well as previously being the leader of the Greater Toronto Area’s Forum.

Horne boasts has over 15 years’ business continuity experience working in the retail, energy, banking, financial services and insurance industries. He has been in progressive positions responsible for supporting large-scale organisations for Canadian, North American and international business continuity programmes. In 2015, Horne led a large Canadian financial services organisation’s efforts to align its business continuity programme with ISO 22301:2012, the standard for Business Continuity Management Systems, which culminated in the company’s certification to that standard.

In his current role, Horne is responsible for the design and implementation of the Business Continuity Management Framework at Great-West Lifeco Inc.

Commenting on his new position, Horne said: “It’s an exciting time for the BCI with the upcoming 25th Anniversary and given that the Institute is continuing to evolve its communities, professional development and training. These initiatives benefit our diverse membership and the industry. I’m very honoured to have this opportunity to contribute to the BCI in my capacity as vice-chair across the next two years.”