Three-quarters of retailers “concerned” over police service response to crime 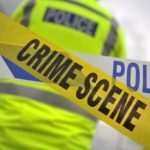 The Association of Convenience Stores has responded to the publication of the Home Affairs Committee’s report into policing, urging the Government to take action to ensure that police forces are adequately resourced to deal with crime. The Association’s figures show that over three-quarters of retailers are “concerned” about the response from the police when crimes are committed against their businesses.

The Home Affairs Committee’s report, entitled ‘Policing for the Future’, outlines evidence on the changing demands of policing. It states: ‘Policing is struggling to cope in the face of changing and rising crimes as a result of falling staff numbers, outdated technology, capabilities and structures and fragmented leadership and direction. Without significant reform and investment, communities will be increasingly let down.’

The document observes that crimes (including robbery, theft and vehicle-related theft) have been increasing sharply after a long period of crime. Recorded crimes have risen by 32% in the last three years, while the number of charges/summons has decreased by 26%. Neighbourhood policing has been cut by over 20% since 2010.

Research conducted by the Association of Convenience Stores earlier this year shows that 82% of retailers are concerned about the consistency of the response from police, with 73% dissatisfied with the time taken for the police to respond to incidents. The 2018 Association of Convenience Stores Crime Report shows that the number of incidents of theft in the convenience sector rose from 575,000 in 2017 to 950,000 in 2018.

Association of Convenience Stores CEO James Lowman said: “The Home Affairs Committee’s report highlights the significant pressures that police forces are under to deal with the rising levels of crime. Convenience stores are an all-too-frequent target for robberies, theft, verbal abuse, ram-raids and attacks on retailers and staff. If a crime is committed, the police must respond and investigate, while the courts must pass an effective sentence.”

Lowman added: “We need a collaborative approach to ensure that crimes are being dealt with properly rather than being ‘screened out’ or ignored. This means beat police officers, neighbourhood policing teams, Police and Crime Commissioners, the courts and rehabilitation programmes all playing their part. Retailers are investing record amounts in crime prevention measures, but they must be supported by the police and the justice system.”

Labour MP Yvette Cooper, chair of the Home Affairs Select Committee, stated: “Police officers across the country are performing a remarkable public service in increasingly difficult circumstances, but forces are badly overstretched. Crime is up, charges and arrests are down and the police service is struggling to respond effectively to emerging and growing challenges, such as online fraud. Policing urgently needs more money. The Government must make sure policing is a priority in the Budget and the Comprehensive Spending Review or public safety and communities will pay the price.”

**The Association of Convenience Stores has previously responded to the Home Affairs Committee’s call for evidence on the future of policing. The full submission is available here: https://www.acs.org.uk/lobbying/crime/home-affairs-committee-policing-future