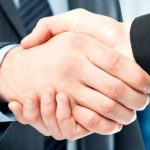 Crimestoppers is a household name in the UK, fulfilling an important role in the fight against crime by allowing individuals to report criminality or otherwise share information about a crime on an anonymous footing. Here, for the benefit of Risk UK’s readers, Jim O’Dwyer outlines the overriding importance of the partnerships formed by the charity with numerous corporate entities.

Crimestoppers is an independent charitable organisation founded three years after the murder of PC Keith Blakelock during the riots at the Broadwater Farm estate in London during 1985. Despite lots of people apparently knowing who the killers were, for a range of reasons none of them were willing to come forward. That being so, billionaire Michael Ashcroft (now Lord Ashcroft and chairman of the Trustees of Crimestoppers) funded a reward to encourage people to come forward with any information. This led to Crimestoppers’ founding here in the UK in January 1988.

Since then, over 1.6 million actionable calls have been received by Crimestoppers leading to over 134,000 arrests and charges, including more than 800 charges of murder. Now, police officers arrest around 14 people every day as a result of information relayed by the charity. Post-1988, this information has led to the recovery of stolen goods to the value of £131 million and drugs worth £326 million.

During 2016-2017, over 400,000 people contacted Crimestoppers resulting in the charity relaying 136,000 pieces of information to the police. This represents a significant increase on the 2015-2016 figures (up from 109,000) and is believed to be mainly due to improvements realised for the online service.

The formula for Crimestoppers’ success is simple. Full use is made of the media to promote public awareness of the crime situation nationally and locally, together with Crimestoppers being available as a means to report information without any direct police interaction. Financial rewards are offered for information that leads to the arrest and successful prosecution of offenders. There’s a constant desire to maximise public engagement by providing a reporting mechanism that’s easily accessible (via the telephone or online) and independent from the police and which guarantees the anonymity of all informants.

Consistently demonstrating integrity and maintaining public trust and confidence, Crimestoppers is now a worldwide phenomenon, with Crime Stoppers International duly serving as an umbrella organisation for affiliated national and local programmes operating in 24 countries that, together, form a global network of platforms for communities around the world to report on crime anonymously.

In the UK, Crimestoppers obtains its income primarily from law enforcement organisations, central and local Government and, increasingly, private sector partners. The organisation now provides services for over 50 businesses and public sector bodies covering upwards of 210,000 members of staff.

Since 2005, Crimestoppers has operated a ‘whistleblowing’ service specifically aimed at organisations. Known as ‘The Integrity Line’, this service is for employees to anonymously pass on information about wrongdoing at work either online or by telephone, and it’s available to both public and private sector organisations around the world. It can be used to anonymously report any form of unethical wrongdoing or illegal activity within a given organisation. This wrongdoing can include (but isn’t limited to) theft, fraud (including falsifying time sheets/expense claims, bribery and corruption), substance/alcohol abuse, compliance/regulatory wrongdoing and bullying/harassment of any kind.

Companies using ‘The Integrity Line’ include UK Anti-Doping, the British Horseracing Authority, Food Standards Scotland, the Insurance Fraud Bureau, some sections of the NHS and the entire energy sector in the UK. In 2016, all 96 energy companies and distributors signed up to a service that encourages the reporting of suspicions about energy crime via a dedicated website (stayenergysafe.co.uk) or a dedicated telephone line (0800 023 2777).

In the first six months post-launch, over 1,100 reports were received, in turn demonstrating that energy crime is a real issue about which people are extremely concerned.

Information sharing services enable businesses to receive detail about crimes that affect them, but which may not be considered a police priority. Organisations benefiting from these services include the Environment Agency, the Gambling Commission, the Post Office and the Medicines and Healthcare Products Regulatory Agency.

Another Crimestoppers revenue stream is product endorsement and licensing, permitting certain companies (including Ring, Selectamark and Henry Squire and Sons) to display the ‘Supported by Crimestoppers’ logo.

Crimestoppers and the NHS

Crimestoppers has forged a number of partnerships with sections of the NHS. It has provided NHS Scotland Counter Fraud Services with a reporting line since 2013. In November 2016, similar arrangements were made with NHS Protect (now the NHS Counter Fraud Authority) to tackle fraud, bribery and corruption against the NHS in England and Wales. These two partnerships also include the Crimestoppers information sharing services.

Other partnerships have been formed with Carlisle Support Services at the Royal Wolverhampton NHS Trust (July 2017), the North Bristol NHS Trust (August 2017) and Manor Hospital in Walsall (September 2017) in order to encourage visitors, patients and staff to report crimes that are particular to healthcare, as well as more general crimes.

These partnerships are a welcome step when considering information that has come to light in recent years about wrongdoing in the NHS. For example, the public inquiry into serious failings at the Mid Staffordshire NHS Foundation Trust between 2005 and 2008, and the subsequent ‘Freedom to Speak Up’ Review by Sir Robert Francis QC, highlighted the tragic consequences for patients and their families alike when healthcare staff feel unable to speak up, are victimised for doing so or their concerns are otherwise ignored.

Among the recommendations in the Mid Staffordshire NHS Foundation Trust Report by Sir Robert, published back in 2013, was that the staff reporting of incidents of concern should not only be encouraged, but also “insisted upon” and that whistleblowers should receive better protection.

Following the ‘Freedom to Speak Up’ Review, all NHS Trusts were required to appoint a named ‘Freedom to Speak Up Guardian’ to report independently to the Board on whistleblowing matters and support their Trust in developing an ‘open culture’. However, while this may be a help, scepticism abounds that, on its own, this move will not achieve its aim.

Looking across the NHS as a whole, available data shows that in the six months from 1 October 2014 to 31 March 2015, there were 621,776 patient safety incidents reported in major hospitals across England. Of these, 20,827 caused moderate harm.

A further 2,373 inflicted severe harm and some 716 patients died as a result of incidents and mistakes. That’s the equivalent of around four deaths every day.

These figures may just be the tip of the iceberg, as it’s difficult to know exactly how many such incidents go unreported.

A further dimension to such challenges in the NHS is reflected in the 2016 NHS Staff Survey, wherein 24% of respondents reported that they had experienced harassment or bullying from other staff in the previous 12 months.

Besides the obvious health risks to staff, the problem with discouraging and supressing the reporting of wrongdoing is that the organisation fails to learn from its mistakes, nothing improves and, if anything, matters regress. The success of Crimestoppers in parts of the NHS suggests that more could be done across the organisation as a whole. An anonymous reporting system, operated by an experienced, independent and publicly-trusted call handling service could be a complementary alternative solution to existing strategies.

It’s notable that the promise of anonymity for informants has never been broken in the 29 years Crimestoppers has been running. Given the challenges associated with paring down intelligence received into actionable chunks, not to mention sanitising reports so as to eliminate any prospect of informant anonymity ever becoming compromised, that’s an impressive outcome to say the very least.