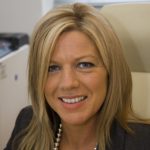 Carefully thought through engagement has always been necessary for the effective management of remote officers in the private security industry. Nowadays, though, with some office-based employees opting to work from home, there’s also an increasing number of remote support staff who need to be kept in the company loop as well, as Amanda McCloskey discovers.

Telecommuting – also referred to as telework, teleworking, working from home, mobile work or remote work – is a work arrangement in which employees don’t commute or travel to a central place of employment, such as an office building. In the 21st Century, many workers now use mobile telecommunications technology such as Wi-Fi-equipped laptops or tablet computers and smart phones to work from home.

According to a recent poll conducted by Reuters: “Approximately one-in-five workers around the globe telecommute frequently, while nearly 10% work from home every day.”

The expectation from an individual having a more occasional physical interaction with a company is that each ‘remote’ interaction experience should be a rich one that makes them feel valued and respected as a professional. Any individual who interacts with your company on an employee level (as opposed to being a customer) needs to have a positive experience when interacting with your brand as the employer.

For a remote head office worker, it could be the culture of casual collaboration between teams or the daily dose of office gossip. Even if you’ve considered an engagement strategy for your remote office staff, as home working enters the norm, some will claim they’re missing these elements of day-to-day office life and feeling isolated by their distance from the action.

The contract security industry has been working with remote staff for decades (five decades, in fact, in the case of CIS Security). While we know a thing or two about keeping security officers engaged, productive and loyal, we also know the importance of a continual creative effort in this pursuit and the need to stimulate and delight those officers in order to keep them aligned with our own company’s objectives as well as those of our clients.

For example, let’s focus on security officers operating in a high-end investment bank. While on paper this may appear to be a high risk location with an emphasis on customer service, generally speaking the days may be slow with the minimum degree of drama and excitement. Some high-performing security professionals can potentially lose sight of their purpose when stimulation is in short supply.

We have hundreds of security officers on our payroll who work on a remote basis. We now also have a significant proportion of work-from-home head office staff and even international remote support workers. We know it’s the future. There can be cost savings and many staff feel more productive working in this way, but it has drawbacks without the right support.

If you think about it, collaboration isn’t a ‘given’ in a regular office space, never mind when taking into consideration a remote worker scenario. Collaboration needs to be stimulated. ‘Water cooler moments’ or ‘kitchen capers’ are where people can talk about non-work related subjects. These moments, which are so natural they’re almost invisible, often spark productive interaction in the physical office world.

Team nights or days out are usually about bringing teams together, aligning goals and celebrating good work, but what are the equivalents in the digital world? Is digital interaction even enough on its own?

Humans are simple creatures, really. Yes, scheduling work-related video calls can energise a remote worker on a given project, but what about the social side of the equation? Allow time for a social section of the meeting or even a ‘video cheers’ with a refreshment of choice after work hours.

How many times have you walked into a workplace ‘social’ situation and been met with a colleague blurting out: “I owe you an e-mail…”? It’s possible that this social element will join up some synapses in the work side of their brains as a serendipitous side-effect.

Video calling does bring more than a phone call would do to the collaborative process.

There’s a lot of communication in facial expression that’s difficult to quantify. There’s a level of efficiency in video communication if you can skate around having to look at your own physical imperfections in the little square in the corner of the screen. By the way, does anyone know how to turn that thing off?

New digital platforms mean that the methods of connectivity are limited only by your own creativity, but you will need to work on different approaches in order to avoid stagnating and becoming ignorable. Challenging remote staff with ‘gamification’ has definitely worked for us and is a really fun way in which to entice people to talk to you and, indeed, each other.

As well as embracing the digital collaboration platforms like Slack and WhatsApp, we’ve even done lo-tech things like word searches for our remote officers whereby we send out a message-themed word search game (with words/phrases like ‘smile’, ‘anticipate’ and ‘eye contact’) and offer chocolate and pizza delivery rewards to the first five or ten correctly completed word search games. Simple and effective messaging that’s fun and rewarding.

The response rates are high and the responders are fast. We’re eliciting the same percentages of response as you would expect to gain in an on-pack sales promotion mechanic you might see advertised on a household brand product on the supermarket shelves. Talent-based competitions are also a great way in which to show that you believe in the creative side of your people and that you’re interested in more than just their regular work output.

Talking to each other

If you can arrive at a situation whereby your remote workers talk to each other, you can go further in combating those feelings of isolation. Creativity is going to be key once again. Why not send virtual pieces of a jigsaw to several remote workers as an exercise? Encourage dialogue between them by synchronising a video coffee break time.

Trello, a digital project manager application company based in New York, has successfully run a ‘Trello Town Hall’ after trialling many methods. Every month, all employees join a video conference call and it’s a chance for them to showcase team projects, hear from the CEO, view demos and meet new hires.

According to Elizabeth Hall (vice-president of people at Trello): “It’s something you have to continually examine and review to make sure you’re still up-to-date on what’s working, especially as you have so many new people joining”. This is something we’re currently exploring at CIS Security and we very much hope to share the results of our endeavours at some point later in the year.

‘Tagging the tech’ with some real-world interaction is important where and when possible. A little time to create a roster for some staff visiting each other or a meet up location is a great idea.

Simply encouraging a culture of saying ‘Good morning’ is a good foundation practice and something which will translate outwards to the customer-facing front line of personnel if it genuinely happens at head office.

This interactive cultural approach can be especially effective for the enthusiastic trainees in the period of good feeling that follows a training course. A virtual workshop is a great idea for encouraging interaction and dialogue between those in-house employees. Further application of their just-learned skills on a group project can be the inspiration for a new process innovation back at their usual workplace. To be fair, most individuals will find those interactions invigorating and inspiring.

Visiting fellow colleagues while they’re on duty has been part of remote site security culture since the beginning of the discipline. We call it ‘mobile response’, but in truth it’s more than that. It’s human interaction. It’s support and it promotes community belonging in addition to a feeling of safety.

However remote from head office your members of staff might be, aim for at least one intensely fun, real-world interaction to bring your community together. Something everyone can look forward to and feel rewarded by. Live stream the occasion for those who cannot make it and give them the facility to respond with comments and emojis. The photographs will have great banter potential post-event. Think of it as a big ‘work family’ wedding.

Amanda McCloskey is Sales and Marketing Director at CIS Security