The Role of the Board in Crisis Management 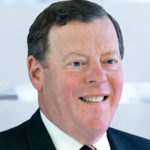 The Board of Directors is responsible for assuring business viability. A crisis event could call that into question. Andrew Griffin, a partner in Deloitte’s Crisis and Resilience practice, puts some key questions on this matter to Admiral Sir James Burnell-Nugent, formerly Commander-in-Chief Fleet of the Royal Navy and now a non-executive director.

Andrew Griffin: Sir James… You have advised organisations extensively on leadership matters. What are some of the areas you determine to draw out when you speak with Boards of Directors?

Sir James Burnell-Nugent: The role of a Board in peacetime is well understood – to oversee, assure and challenge the executive team. A Board must scrutinise a wide dashboard of vital signs: market demand, innovation, regulation, leadership, sustainability, ethics and risk. Implicit is the ability of an organisation to withstand a crisis, but the role of the Board in a crisis scenario can be ambiguous.

The Companies Act 2006 identifies the Board’s “duty to promote the success of the company”. This isn’t just the success of a recent product launch, or even shareholder return. Success in this context is longer term. It’s about being a viable business in the future with the capacity to respond to opportunities and risks.

Crisis management should be an active concern for every Board of Directors, whose ultimate responsibility is to state its confidence in the executive level.

In addition to this mandate, the personal reputation exposure of Board members is growing. Legal action and pressure from shareholders to remove Board members if they are deemed to have neglected a core or fiduciary duty is on the rise.

Andrew Griffin: In our Crisis and Resilience practice, we suggest that crisis management can be considered as a lifecycle: crises can be predicted, prevented, prepared for and, if they occur, need a response and to be recovered from. Clearly, non-executive Board members will have a role in each of these stages. What are your views on the role of the non-executive director in crisis prevention?

Sir James Burnell-Nugent: In my experience, the critical factor is the Board’s remit to look at difficult issues and risks and to challenge the executive on how those risks and issues are being managed with the ultimate goal of preventing a crisis.

Almost all potential crises have happened before in some way or another, whether to the organisation itself or a peer. Identifying them and putting mitigation strategies in place is an absolute ‘must’, and should have the close attention of the Board.

Boards can also ask the executive if they have spent time assessing crises suffered by their peers and if they’ve considered their potential exposure to the same issues.

Andrew Griffin: We see plenty of articles in the press about the impact of crises such as cyber attacks. How can non-executive directors help companies be better prepared for these episodes?

Sir James Burnell-Nugent: Crisis management is all about being ready for anything. Crisis management plans should set out the structure, objectives, teams and information flows. At Board level there must be clarity on who will lead, how decisions will be made, who will talk to the media and investors and who will address the concerns of suppliers, customers and regulators alike.

Plans should be rehearsed, tested and improved to ensure they will survive a crisis event. Most organisations do test on a regular basis. In my opinion, however, too few Boards are involved or ask questions about these crisis exercises, holding the belief that this is an executive function. 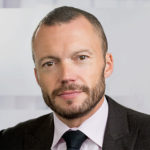 Andrew Griffin: After an organisation has started to suffer the effects of a crisis, how should non-executive directors be involved in the response?

Sir James Burnell-Nugent: That careers can be made and broken under the pressure of a crisis is played out regularly on our TVs and in our news feeds. Getting it right is a shared goal. The role of the Board is crucial when the crisis has at its heart criticism of the performance of the executive. In corporate scandal crises, for example, the Board is particularly likely to be needed.

In other circumstances, the Board should encourage the executive team to ‘get out early’ and address an escalating issue. However, it should not be active in ‘putting out the fire’. Of course, there may be some specialist expertise that a particular Board member can bring to bear, but as a general rule the Board can better meet its responsibility by keeping a strategic focus and not having a tactical role in the management of a crisis.

In supporting the executive, the Board can keep a focus on what’s right and in the longer term interest of the company, shareholders, other stakeholders and the wider public. This may be as important as determining whether there is still confidence in the executive team to discharge its duties.

Leading a crisis response can be a lonely place. The need for a sounding board and honest point of view is where the chair and Board can also add value. This team can stand back, offer a considered point of view, spot stakeholders who are not being kept in the picture or see an ethical dimension that might otherwise be missed.

In an intensely busy period, make sure there’s sufficient time for short, quality debriefs to happen.

Andrew Griffin: Finally, do you feel that there’s a role for non-executives in the recovery phase?

Sir James Burnell-Nugent: Once a crisis has passed, the executive needs to return to a ‘new normal’. A crisis is often hard to look back on with depth and scrutiny because of the personal and organisational difficulties that are inextricably wound up within it.

In this aftermath period, the Board can play an important role. With the independence that it has, it’s well placed to carry out a review of the crisis, determine how it was managed and also how it could have been prevented or managed better.

*This article has been reproduced with the kind permission of Deloitte. The interview was first published by the Deloitte Academy