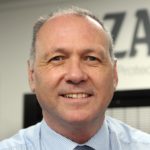 The UK-France Summit at the Sandhurst Royal Military Academy during January brought forth the surprise announcement that the British Government will provide an additional £44.5 million in funding to reinforce security at the UK border with France. The money is to be be spent on fencing, CCTV and detection technology in Calais and other ports along the English Channel. However, British investment in yet more high security solutions at Calais will only protect lives if we win the war for the minds of migrants as to what they will find if they manage to reach the UK, writes Steve Bailes.

Prime Minister Theresa May also announced that the UK will accept more refugees from Calais and signed a new treaty with the French. Britain’s largesse was matched by French President Emmanuel Macron on his first visit to the UK since his election in May last year. Macron hit a more conciliatory tone on Brexit than recent pronouncements from within the rest of the European Union and confirmed that the Bayeux Tapestry would come to Britain on loan after having spent 950 years of its life in France.

This move hinted at a new Entente Cordiale more than a century after the first was signed, as both nations grapple with Brexit. On that note, Macron insisted that the history between the two countries could not be “impacted by changes in institutions”.

Certainly, the aim of the new security investment is to prevent additional migrant camps from springing up in Calais. Much of the discussion between the French and UK Governments – and, indeed, the heads of their five intelligence agencies – at the Summit was around defence and security.

“This is about investing in and enhancing the security of the UK border,” a Government spokesperson said. “Just as we invest in our borders around the rest of the UK, it’s only right that we constantly monitor whether there’s more we can be doing at the UK border controls in France and Belgium to ensure they’re as secure as possible.” 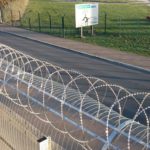 On the eve of the Summit, The Times reported that, last year alone, migrants made somewhere in the region of 115,000 attempts to cross the Channel from Calais into Britain. That’s down from 167,000 the previous year. This fall follows the controversial demolition of the notorious migrant camp known as ‘The Jungle’ in October 2016.

Pleasingly, migrant deaths are also on the decline. While no-one holds accurate figures, Calais Migrant Solidarity – a campaign group of ‘people who want to bring down the border’ – has reported nine migrant deaths last year. That compares with a total of 17 in 2016 and a final figure of 25 the year before.

All that said, one death is too many and humanitarians will join the two Governments and all of us in wanting to ensure that any additional investment in security helps to make everyone safer and actively deters migrants from even attempting the dangerous passage to the UK. This will aid in “tackling the issue upstream” as Theresa May described it when signing the treaty that she hopes does more to address the reasons which are causing people to try and come to the UK in the first place.

In this vein, Macron opted for ‘tougher talking’ during a visit to Calais on the eve of his trip to Britain as he outlined his Government’s new immigration policy: food and shelter for those entitled to remain in France and deportation of those resident in the country illegally. 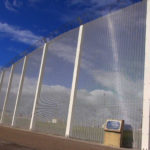 Such attempts to curb the ‘traffic’ from Calais to Britain (which many migrants view as ‘El Dorado’ because of its massive underground economy according to international policy council The Gatestone Institute) looked forlorn less than two weeks later.

French newspaper Le Monde reported that hundreds of Africans and Asians fought running street battles on 1 February, armed with knives and iron rods. It said that the mass brawls in at least three different parts of Calais erupted after a 37-year-old Afghan migrant running a human trafficking operation fired gunshots at a group of Africans who didn’t have money to pay for his services. Five Africans suffered life-threatening injuries.

Within an hour, hundreds of Eritreans, Ethiopians and Sudanese took to the streets of Calais and attacked any Afghans they could find. More than 1,000 police officers used batons and tear gas to restore order. Two dozen migrants were hospitalised.

Macron’s interior minister Gérard Collomb described the level of violence in Calais as “unprecedented”, attributing the fighting to an escalating turf war between Afghan and Kurdish gangs seeking to gain control over human trafficking between Calais and Britain.

I cautiously applaud the security investment outlined by our Prime Minister. It clearly offers a potential opportunity to our business as a manufacturer of high security steel fencing, CCTV and detection technology.

To stem the migrant tide, though, the British Government will have to do more to counter perceptions that our streets are paved with gold and that migrants will encounter ‘El Dorado’ on our post-Brexit shores.