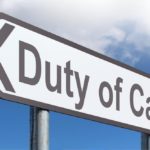 At its heart, Duty of Care is a social contract between the employer and the employee. The employer agrees to take care of the employee, while for their part the employee agrees to avoid unnecessary risk. All-too-often, however, both parties fail to live up to their obligations despite potentially devastating consequences for each. As Kevin McNulty outlines, organisations that can prepare their employees for crisis situations and inspire a reasonable level of confidence in the effectiveness of Duty of Care policies are much more likely to see safety protocols followed and their Duty of Care obligations being met.

The first hurdle to overcome when creating a culture of mutual responsibility for employee safety is obtaining support from senior management. While most countries in Europe have laws in place or requirements that regulate Duty of Care, few of these provide detail on what actually constitutes a violation or the likely penalties involved for doing so. This lack of clarity can make it challenging to convince managers to invest in employee safety programmes. Many don’t want to hear about Duty of Care responsibilities until something bad actually happens.

Sticking your head in the sand, however, is not a prudent strategy. Despite the ambiguity, there are real legal, financial and reputational consequences for those organisations found to be in breach of their obligations.

Back in 2014, a crane operator was killed when concrete panels weighing several tonnes toppled over. No single risk assessment covered the finishing area at the plant where the accident happened. As a result, a subsidiary of Laing O’Rourke was fined £2.5 million.

The UK has a highly developed body of Duty of Care legislation. The Health and Safety at Work Act and common law govern civil action, while the Corporate Manslaughter Act governs criminal actions. The latter  states that employers can be found guilty of corporate manslaughter as a result of serious management failures resulting in a major breach of Duty of Care.

Outlining the relevant regulations and providing real-world examples of civil suits can help when it comes to convincing C-Suite executives that investing in employee safety is in their best interests. 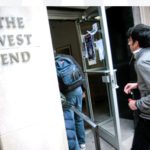 ‘Piggybacking’ or ‘tailgating’ is a great example of the employer-employee risk divide. Holding the office door open to allow a colleague to gain entrance without swiping his or her access card doesn’t seem like risky behaviour to most people. In fact, it probably appears like the customary and polite thing to do, but, in reality, ‘piggybacking’ is an unnecessary risk.

Knowing which employees are in a building or on a campus is critical information if an emergency scenario arises. If there’s a fire and a building needs to be evacuated, for example, it’s easy to confirm who has actually left and whether the Emergency Services need to spend critical time and resources searching for people. Requiring everyone to ‘badge in’ all the time ensures that the Emergency Services will have the situational awareness they need to resolve an incident as quickly as possible.

Workplace violence is another scenario that can be abetted by ‘piggybacking’. Most incidents of workplace violence are committed by current or former employees. A locked door can be a significant deterrent to a recently dismissed employee, while a record of a current employee entering an office prior to an attack can provide vital situational awareness for the Emergency Services.

While they’re holding the door and being polite, most employees, though, are probably thinking about the urgent e-mail they have to write and send  rather than pondering over their personal safety.

Another area of contention between employers and employees is lack of privacy. Policies and technology designed to protect employees can also feel intrusive and controlling.

Many companies, for example, require employees to download a communications app such that they can receive alerts and notifications when there’s a crisis. These apps often allow employees to ‘check in’ with the company if they’re working outside the office, or allow security to track their location to ensure their safety when travelling in an unpredictable region. More often than not, however, employees deliberately turn off these applications because they don’t want the organisation to know where they are. 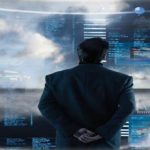 In 2002, six employees of a French shipbuilding business were killed in a suicide bomb attack while working in Pakistan. The court found the company committed an “inexcusable fault” by under-estimating security risks. As a direct result, the company had to pay £4.2 million in damages to the families of the six employees.

This can be a particularly sensitive issue when dealing with senior management. It’s not easy to tell a CEO embarking on his upcoming trip to the Middle East that corporate security needs to know where he’s going to be all the time. If there’s a kidnapping and his app is active, such detail could provide vital for the authorities.

Convincing employees that corporate security, or their boss, isn’t watching their every move, or that seemingly minor policies can have a large impact on their health and welfare requires education, transparency and training.

When briefing employees it’s important not to downplay risks. Phrases such as: “This will probably never happen, but…” should always be avoided. As soon as a safety incident is seen as highly unlikely, employees become complacent. The goal is not to terrify employees, but to try to convince them that they’re susceptible to whatever situation you are trying to protect them from and that the consequences are potentially serious.

Providing examples of scenarios can solidify the importance of complying with the established policy. For example, “What if it’s a natural disaster and the phone doesn’t work?” or “What if it’s a high casualty event and mobile phone services are interrupted?” Thinking through possible scenarios will help employees to understand the value of the safety protocols and, consequently, drive greater adherence to company policies.

In 2014, a 14-year old student contracted tick-borne encephalitis while hiking on a one-month school trip to China and suffered permanent brain damage. The court found the school guilty of negligence because it didn’t warn the students to dress for a serious hike or wear bug spray. The outcome? The school had to pay the student £349,600 in past economic damages, £7.6 million in future economic damages and £2.4 million in non-economic damages. 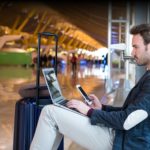 Educating employees on why it’s important to adopt a technology or policy that might be perceived as infringing upon their privacy is essential to overcome their reluctance to comply. If a policy requires the use of a GPS-enabled smart phone app, convincing employees that they’re not being actively followed is a crucial first step. Once that misconception is overcome, the app can then be seen as a benefit that provides protection from not only crisis situations, but also typical hazards such as a car accident or a severe weather event.

Putting employees through some sort of training programme can pay enormous dividends. It can be a wake-up call for anyone who has never been involved in a crisis or travelled to an unpredictable area of the world, and can also turn employees into additional ‘eyes and ears’ for an organisation’s security programme. Raising employee capacity for situational awareness allows them to take greater responsibility for their own personal health and welfare. 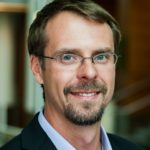 In today’s increasingly unpredictable world, there’s a greater sensitivity to the potential of a violent incident happening at work or in a public space. As a result, many employees are looking for ways to feel secure, and are more willing to comply with company safety policies and use technology they may once have shied away from.

To meet these new demands, it’s important to establish strong Duty of Care policies, but also ensure employees have a full understanding of why those policies exist and enable them to succeed with proper training. It’s easy for both employers and employees to be complacent or underestimate hazards if they’ve never experienced a critical event.

Establishing the right behaviours across the organisation can improve employee morale, decrease organisational exposure to risk and help to ensure that everyone – from the Post Room to the Boardroom – takes their Duty of Care responsibilities seriously.

Kevin McNulty is Director of Product Marketing at Everbridge