The Centre of Intelligence 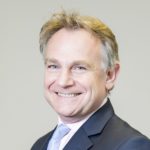 The online world is expanding rapidly, while the Internet of Things (IoT) is already exerting a positive influence upon how people, property and other assets can be protected. Simon Chapman examines in detail the impact of the IoT, the ways in which it’s enhancing the advantages of remote monitoring via Intelligence Centres and what today’s security professionals can expect from it as time moves forward.

Kevin Ashton, the British technology pioneer and co-founder of the Auto-ID Centre at the Massachusetts Institute of Technology, is generally considered to have coined the term the Internet of Things (IoT) during a presentation delivered at Procter & Gamble back in 1999. After a relatively slow start, the number and variety of enabled devices is growing exponentially, and the IoT has now turned itself from being just another ‘buzz phrase’ into a ubiquitous term for describing our connected world.

The scope of the IoT is incredibly wide. People and machines are now being connected to networks and each other, facilitating the ability to share vast amounts of valuable data, which can make our lives and businesses more efficient. IoT-based devices collect a great deal of personal data. For example, smart meters can tell when a person’s inside a building and what devices are being used at any given time.

However, if we think what we produce today represents Big Data then we need to think again. IDC’s analysts predict that, by 2020, IoT-based devices will collectively create, copy and consume about 44 zettabytes of data. That’s 50 times more than in 2012. That’s a lot of information which will have to be moved, processed and stored in Data Centres across the planet. Not only that, but as more connected devices are introduced, it’s harder to remain fully aware of everything these devices are capturing. In turn, this makes the effectiveness of an organisation’s monitoring and management software absolutely vital.

The complexity of creating a reliable and sustainable IoT infrastructure has led to a situation where companies must find effective ways to manage sensors, networks, data storage and data analytics in order to leverage this information and drive improvements.

Data protection is a hot topic at the moment and security, legal and regulatory compliance, as well as data loss and leakage risks, are high on the list of reasons why the use of the IoT needs to be carefully thought through.

Enterprises are right to be concerned. On 25 May, the General Data Protection Regulation (GDPR) becomes European law. The primary objectives of the GDPR are to give citizens and residents control of their personal data and simplify the regulatory environment for international business by unifying regulation within the European Union (EU). It requires any organisation that operates in the EU, or handles the personal data of people residing within the EU, to implement a strong data protection policy encompassing access, secure storage and destruction.

It’s all about a company’s legal ability to protect data held about staff, customers and anyone else with whom it deals.
What’s worrying is that, according to a study carried out by Symantec, 96% of companies still don’t fully understand the GDPR, while 91% of 900 businesses polled in the UK, France and Germany harbour concerns about their ability to become compliant by the time this new law comes into effect.

This is all very well, I hear you say, but what does the IoT mean for electronic and physical security? Well, developments in Internet Protocol (IP)-based technology have meant that a wide variety of building services can now be controlled over a single network infrastructure. It’s now possible for services including security, access control, fire detection, voice, data, wireless devices, audio visual, energy management, lighting controls and heating, ventilation and air conditioning systems to operate over copper or fibre optic cabling.

The good news for the security industry is that, for those able to provide remote monitoring, network connectivity makes this service far more ‘intelligent’. By using the benefits of the IoT, building services, infrastructure and even individual products can be monitored and managed, in turn offering a number of distinct advantages.

A large business premises will often have one dedicated person to provide access for deliveries and allow on-site employee and visitor parking, etc. While this is obviously important from a security point of view, there may well be long periods where that operative is doing very little. An Intelligence Centre is able to carry out such functions as part of a broader range of activities.

Where an Intelligence Centre really comes into its own is due to its ability to drill down and analyse individual products and systems and ascertain whether they’re faulty or otherwise not working to optimum capacity. A supermarket, for example, is now able to fit a sensor on a freezer unit that sends an alert to an Intelligence Centre if the unit’s temperature strays outside of certain parameters and indicates a fault. Facilities personnel can then be alerted instantly in order to remedy the problem and ensure operational uptime.

Furthermore, organisations can benefit from remote monitoring in the event that an in-house security system becomes compromised. Linking a surveillance system to an Intelligence Centre provides a 24/7/365 service that also ensures that the appropriate response is provided in the event of a fire, a break-in or even a cyber security breach episode.

With far more connected workplaces a certainty within a matter of a few years, security providers need to think wider still. Lowering energy consumption is high on the list of priorities for most organisations these days. Although a given premises might indeed have a building management system (BMS) in place, any failure to regularly maintain that system means that it will not operate at its optimum level. This results in wasted energy, but can also have a dramatic effect on a building’s comfort conditions by making certain areas/zones either too hot or too cold.

An Intelligence Centre can address this issue by making sure that a BMS’ set-points are correctly configured and properly maintained at all times. Energy efficiency and security may also be enhanced by remotely turning lights off in unoccupied areas and even switching computers and other networked devices off when they’re left on.

While remote monitoring has traditionally focused on the use of electronic technology, it’s now possible to integrate security guarding into the mix. Knowing when personnel report for duty, when and where incidents occur, response times and resolution details helps in building a more advanced picture – or ‘resource-to-risk’ model – concerning where guarding can be most effectively used, as well as identifying any ‘hotspots’ where incidents frequently occur.

Retailers are leading the way in this area. A growing number are adopting software analytics platforms in Intelligence Centres to study customer behaviour, identify repeat offenders and therefore reduce instances of crime. In addition, security officers in a Shopping Centre’s public areas can be notified of where help is needed and provide an immediate response. Health and Safety-related issues such as slips, trips and falls within various locations may be monitored and the relevant action taken.

Those working in Intelligence Centres have the opportunity to develop more diverse skill sets – ones that better represent the integration between technology and security guarding. At the end of the day, the IoT and the data produced by it needs people who can analyse it and make it meaningful. In addition, the use of technology can enable security officers to become more effective and allow them to demonstrate the effectiveness of what they do against defined Key Performance Indicators.

The IoT is transforming everyday physical objects that surround us in ways that would have previously seemed the preserve of science fiction. Although we’re still some way off from witnessing the full potential of the IoT in the security industry, it’s clear that the data it produces – when analysed by experts in Intelligence Centres – has the potential to optimise a security strategy, reduce crime and provide a genuine return on investment.

At a time when it might appear that we need more physical security, the IoT and Intelligence Centres are highlighting that, in fact, less can be more and that smarter thinking on this issue should always be encouraged.