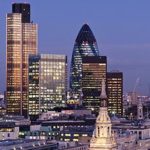 Criminologists, sociologists, psychologists and many others will doubtless continue to develop our understanding of crime and its myriad effects on society. One aspect for keen consideration is whether or not it’s actually possible to reduce crime simply through the improved planning and design of our built environment. Here, Jon Roadnight and Tony Townsend look for some answers.

Most cultures function within a set of rules developed to manage and effect the behaviour of society. Where behaviour is deemed unacceptable or anti-social, these rules are often communicated as ‘laws’ and the concept of ‘crime’ is necessarily introduced.

Historically, the desire to prevent crime tended to focus upon the pressure that could be exerted by local communities on those who might behave in a way that would be detrimental to either a member of a given community or the community as a whole. Punishment has also been used as a method of dissuading would-be offenders that their planned criminal activity isn’t worth the consequences should they be caught.

When we consider crime reduction in the built environment, the latter refers to our man-made surroundings including buildings, transport systems, parks and open spaces where society resides and goes about its daily life. It’s the new office block, as well as the out-of-town shopping centre, the airport, the High Street or a stretch of green space.

The built environment is important. Studies conducted over many years have determined that it can influence how human occupants behave. This is vital because that infers a potentially negative impact as well as the possible beneficial effects.

Crime Prevention Through Environmental Design (CPTED) continued to evolve through the 1980s with criminologist Tim Crowe – among others – developing Newman’s original concepts. By 2004, CPTED was commonly understood to refer to the Newman/Crowe model. Although CPTED emerged from the States, recognition is due that it has actively influenced many other crime prevention models throughout the world.

In the UK, the police service introduced Secured by Design in 1989. This is the title for a group of projects centred on the design and security of dwellings, commercial premises and car parks. It supports the principle of ‘designing out crime’ with a focus on physical security and processes to deliver crime reduction.

In essence, CPTED is a proactive crime prevention methodology that seeks to influence the decisions of a potential offender prior to them perpetrating a criminal act with the intention of reducing levels of crime to the benefit of the local community and society as a whole. It focuses on tactical design and the effective use of the built environment to reduce both crime and, indeed, the fear of crime.

CPTED draws on a common sense approach and helps in developing a heightened sense of awareness of how the built environment might be used to enhance the community, as well as how it may be used for nefarious purposes. Having assessed a broad range of factors, better architectural and planning decisions can then be made that positively influence how a space is used.

Natural access control limits the opportunity for crime by taking steps to clearly differentiate between public and private space. With the strategic locating of points of entry and egress, the use of security fencing, lighting design and landscaping, it’s possible to control the flow of pedestrian and vehicular movement, thereby naturally controlling access.

It’s essential to understand the potential users of a space, as this will enable the designer to identify areas of conflict. An area where the elderly or infirm are expected to navigate past a busy office entrance with a large open area outside that might be attractive to skateboarders is bound to experience some level of user conflict. By introducing suitable landscaping that breaks up the open space, adding vegetation or installing structures and artefacts, users can be directed, creating segregated paths with appropriate signage and lighting to make the area less attractive to the skateboarders, while offering other users a more defined route to gain entry and exit.

By subtly channelling pedestrians, it’s possible to make behaviour more predictable. This predictability can inform design decisions from the outset, often reducing the need for additional physical security measures to be applied. The end result is a more natural aesthetic and lower cost of delivery.

Natural surveillance raises the perceived risk of attempting criminal or anti-social behaviour by improving visibility of potential offenders for the general public. Natural surveillance occurs by ensuring that activities and people are not obstructed in such a way that visibility of the space and its users are maximised. This sense of openness adds to a potential offender’s feeling of increased scrutiny. The perceived increase in risk can be extended by an apparent lack of viable and covert escape routes.

Lighting can play a significant role in achieving natural surveillance. Effective, well-designed lighting schemes can provide choices for the people using the space during the hours of darkness and will again act to deter – or at the very least displace – potential offenders.

Natural surveillance objectives can be boosted with the use of overt CCTV. The choice of camera type and location of devices can play a critical role in its effectiveness. When used appropriately, CCTV becomes a useful enhancement to natural surveillance.

Territorial reinforcement assists in controlling how a space is used by increasing the definition of that space. An environment with a clearly delineated private space can be used to generate stakeholders. Stakeholders have an increased sense of ‘investment’, even if that’s only at an emotional level, and are then more likely to challenge intruders.

The sense of ‘owned’ space creates an environment wherein ‘strangers’ stand out and are more easily identified. By using many of the measures relevant to natural access control and surveillance to express a stakeholding and delineate public, semi-public and private space, natural territorial reinforcement occurs.

Sense of value and pride

Many studies from around the world have identified the need to maintain an environment that encourages a sense of value and pride. The ‘Broken Window Theory’ indicates that a building left with a broken window, even for only a short period of time, encourages vandals to break other windows.

Before long, every window in the building has been broken and that building becomes derelict and attracts further anti-social and criminal behaviour. If left unchecked, the surrounding neighbourhood could well be sucked into a spiral of decay that requires significant investment and activity to arrest.

By maintaining the appearance that there’s a good level of ‘stakeholder’ engagement, which can be achieved by ensuring that low level maintenance tasks are addressed, anti-social behaviour and crime fails to take hold and the community as a whole will benefit.

Activity support is achieved by ensuring that the use of a space is defined such that, should a different activity take place via the use of natural surveillance, the risk of detection – and particularly so if that activity is anti-social or criminal – increases. By fitting signs in an area, local residents become more aware of what’s happening in this space. Should other activities take place, it’s more likely to register in the minds of the local community and, if the individuals within are invested as stakeholders, they’re more likely to take action to stop it.

CPTED will be most effective as part of an holistic security strategy wherein engagement begins at the earliest possible stage. For those familiar with the RIBA work stages, this certainly means no later than Stage 1, although engagement will likely last through to Stage 4.