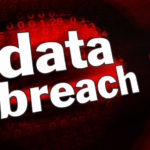 Given that information is the very foundation of every modern company, so it follows that any loss of business data can be a real disaster. In the latest data security research commissioned by GFI Software and Infinigate UK, almost two-thirds of surveyed companies (58% of them, to be exact) reported data breaches in the last two years. To make matters worse, 37% of these attacks on business data integrity were reported to have been a deliberate act perpetrated from within the company.

“The first major step in improving data security is affording it the priority it needs,” explained Sergio Galindo, chief operating officer at GFI Software. “Luckily, 81% of surveyed IT professionals recognise the prevention of data breaches as one of the top priorities for their IT Department.”

The survey also reveals that only 9% of total IT budgets is dedicated to IT security. According to Galindo, this isn’t nearly enough, and particularly so given the constantly rising level of security threats (such as ransomware).

Lack of management buy-in (54%), insufficient internal resources and skills (48%) and budget limitations (43%) have been recognised as the main challenges to IT security, with 29% of interviewees saying challenges also arise in terms of the lack of suitable solutions.

In addition, the majority of those IT professionals interviewed duly identified the Data Protection Act (53%) and ISO 27001 (52%) as the main drivers of change in the IT security sphere.

“New trends are bringing new challenges for practising IT managers,” emphasised Chris Payne, senior technical consultant at Infinigate UK. “61% of surveyed organisations already have a BYOD policy in place, allowing employees to access internal resources through privately-owned mobile devices, while 71% of them are identifying the Internet of Things as the next major threat to IT security. Only 25% of respondents stated they’re completely confident in their organisation being able to successfully tackle security incidents. This is really disappointing given the fact that there are many affordable tools which can simplify infrastructure administration and improve IT security.”

81% of respondents to the survey claim that preventing data breaches, along with increasing cloud security, are among their organisations’ highest priorities. In contrast, 89% of respondents’ organisations undertake a review of their IT security when a high-profile breach is reported in the media, potentially indicating “a lack of complete confidence” in their current readiness.

Participants in this research exercise were IT decision-makers from UK-based organisations with 200-1,000 employees, spread across a range of industries including the public sector. The survey was conducted in April this year by technology market research company Vanson Bourne.

Siemens provides surveillance, access control and fire protection for ‘Office of the Future’