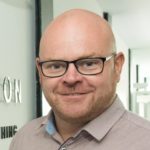 The team at Ocucon – the fully-managed Video Surveillance-as-a-Service (VSaaS) system – has announced that, as part of a newly-signed OEM agreement with Hewlett Packard Enterprise (HPE), the business will now offer its customers “the world’s most secure industry-standard servers”.

Ocucon delivers a powerful, cloud-based storage and retrieval platform that actively combines intelligent data analytics with the facility to store, analyse and retrieve unlimited amounts of HD video surveillance footage from within the Ocucon portal.

Now, Ocucon will incorporate the latest HPE servers (including Ocucon-branded workstations and servers) into its own solutions to use on client sites.

Ocucon’s co-founder Gary Trotter told Risk Xtra: “From the outset, Ocucon has collaborated with leading technology partners in the UK to deliver a ‘first of its kind’ cloud-based software system that processes, transmits and stores unlimited amounts of CCTV footage. We’re delighted to be able to announce this partnership with HPE which will enable us to deliver market-leading solutions for our customers.”

Phillip Cutrone, vice-president and general manager for worldwide OEM and the Data Centre Infrastructure Group at HPE, responded: “Ocucon is bringing enhanced capabilities to the video surveillance market through its hybrid IT platform, enabling customers to unlock more value from video footage and improve fraud prevention. We look forward to collaborating with Ocucon to combine our servers with its intelligent software, in turn providing significant benefits to companies of all sizes as they adopt more ‘as-a-Service’ solutions for their businesses.”

Launched in October last year, Ocucon helps businesses to defend against fraudulent cases of slips, trips and falls – currently estimated to cost the UK economy alone more than £800 million a year – by removing physical limitations on the amount of surveillance footage an organisation can save. Ocucon is expected to be of interest to any organisation capturing significant amounts of CCTV data. Since its launch, the business has seen significant interest from both UK and US supermarkets and retail chains.

The North East-based firm also recently launched Ocucon Pixelate. Developed in partnership with Google, the new product harnesses the power of Artificial Intelligence and machine learning to deliver an intelligent and cost-effective video redaction tool that can be used with all forms of camera footage.