Surveillance Camera Commissioner Tony Porter QPM LLB has signed a Memorandum of Understanding (MoU) with Dr Gillian Tully, the Forensic Science Regulator. In doing so, Porter and Tully have set out agreed gateways through which issues will flow between them and which are of relevance to their respective roles and the Codes they oversee, namely the Surveillance Camera Code of Practice and the Codes of Practice and Conduct for Forensic Science Providers and Practitioners in the criminal justice system.

“Agreeing protocols with fellow regulators to enable closer working in respect of the regulation of surveillance cameras is a key deliverable of the National Surveillance Camera Strategy,” stated Porter, “and builds upon a similar arrangement I agreed upon with the Information Commissioner last year.”

As evolving surveillance technologies continue to present both opportunities and challenges for society, regulators have an ever-more critical role to play in ensuring that appropriate legal and ethical standards exist, supported by guidance where necessary to govern their use in society, and to hold to account those organisations who seek to use them in the public interest.

“In the context of the use of overt surveillance camera systems in public spaces I have long been of the view that regulators should work closer together in this area,” added Porter. “Indeed, the Surveillance Camera Code of Practice recognises this as a core undertaking of my role.” 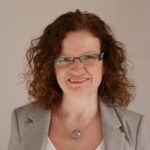 An obvious area of focus for both Porter and Tully’s roles is that of digital forensics. It’s something which is increasingly relevant within debates regarding the use by the police service of surveillance technologies such as face identification systems and ANPR.

“In the context of surveillance camera systems, digital forensics is a term relevant to the integrity of standards and processes by which information may be derived from storage media and used in investigations and judicial proceedings or as intelligence,” explained Porter. “At the recent Annual Conference, the Forensic Science Regulator said: ‘We want to move forensic science from just about functional to excellent where we have the best scientists using robust science in the interest of justice and making the most of the digital future.’”

Porter concluded: “As the date of the Government’s much anticipated Biometrics Strategy approaches and debates relevant to complex surveillance technologies continue, the public can at least derive some confidence from this MoU that regulators are very much on the front foot in exploring opportunities where the public interest may be better served by a greater degree of synergy between their functions in areas where their responsibilities overlap.”