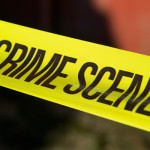 Delays to Government funding around support for the victims of crime could lead to the loss of valuable services, elected Police and Crime Commissioners have warned.

With many contracts coming to an end in March, Police and Crime Commissioners (PCCs) are now calling upon the Ministry of Justice for “urgent clarification” of the grant available such that they can commission help and support for the victims of crime and the most vulnerable people in society.

The delay in funding means that many organisations providing this support also face uncertainty, and may have to initiate redundancy processes for their staff, leading to a lack of specialist help and support for vulnerable people.

The Government grant for PCCs to commission these vital services was £63 million for 2015-2016.

Vera Baird, Northumbria PCC and chairman of the Association of Police and Crime Commissioners’ Supporting Victims Group, told Risk UK: “Despite repeated requests to the Ministry of Justice, Police and Crime Commissioners remain in the dark about how much money we will have to support the victims of crime and vulnerable people. Putting victims first is at the heart of everything we do. The uncertainty created by this delay means that help and support for the victims of criminality and vulnerable people may not be available in some areas, subsequently putting people at greater risk. The organisations providing these services are facing an uncertain future without this urgent clarification.”

Huge cause for concern

Sue Pearce, CEO of Rape Crisis Tyneside and Northumberland (a charity supporting the victims of rape and sexual assault), explained: “The delay in hearing about this funding is a huge cause for concern, forcing us into a position of great uncertainty whereby we’re unable to plan ahead and ensure that we’re able to continue all of our work in supporting the people who depend on us.”

Pearce continued: “Important services like ours need to know where future funding is coming from. PCC funding is essential in keeping our service running to a level whereby we can meet the needs of vulnerable victims who require and want our support to recover from what can be the most traumatic of life experiences. The funding from the PCC has been a huge success in ensuring the well-being of victims across Northumbria. It would be catastrophic if it’s something we can no longer continue to deliver at a level that’s so much needed. We simply cannot afford to be kept waiting any longer.”

Support for victims and vulnerable people that may be at risk includes: