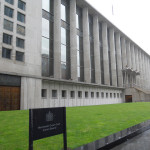 A powered gate company has been fined £50,000 for corporate manslaughter following the horrific death of a child who was crushed to death five years ago by an unsafe automatic gate outside her Moss Side home in Manchester. Sentencing was passed at Manchester Crown Court on 7 December.

Cheshire Gates and Automation Ltd had admitted corporate manslaughter over the death of six year-old Semelia Campbell at an earlier court hearing. The youngster had become caught between the heavy sliding gate and a wall outside her home in 2010. The moving gate had failed to detect her presence and Semelia became trapped. She was crushed to death despite frantic attempts by her family to free her, the court heard.

In a statement released immediately following the hearing, the Door & Hardware Federation (DHF) – which represents the powered gate industry – explained that, tragically, this isn’t an isolated case. Neil Sampson, chairman of the DHF’s Powered Gate Group, outlined: “In the past ten years, there have been seven deaths in the UK and Ireland, at least nine serious injuries and countless near misses caused by dangerous powered gates. Shockingly, it’s estimated that 70% of the 500,000 automated gates currently in service across the UK are unsafe to use.”

Sampson continued: “In the heart-breaking incident involving Semelia Campbell, the court was told that when the gate was originally installed it had been left in a completely unsafe and lethal state. Semelia’s death is a bleak reminder of the dangerous consequences arising if a powered gate is incorrectly specified, installed or inadequately maintained. The company involved didn’t even know how to set the gate up to a safe standard.”

In addition, Sampson informed Risk UK: “As an industry, we’re determined to ensure that tragedies like this can never happen again. In the five years since this appalling incident, we’ve taken giant strides forward in raising awareness among all those responsible for powered gates regarding safety legislation and providing comprehensive advice and guidance. In the last two years alone, the DHF has trained and educated over 600 individuals on its two-day comprehensive ‘Safety Assured’ training course. Owners and managers of any automated entrance systems need to be aware that the safety of their site is their responsibility.” 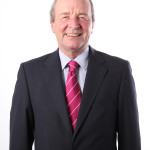 “While the £50,000 fine awarded will do little to comfort the Campbell family whose lives have been indiscriminately changed by the events of June 2010, this significant sum serves as a sharp reminder of the dim view taken by the court in relation to a failure to observe the required safety protocols for this type of installation,” asserted Richard Jackson, founder and chairman of the Gate Safe campaign.

In addition to the fine, Cheshire Gates and Automation Ltd was ordered to advertise details of the case and the court ruling in the Manchester Evening News and the Stockport Express.

“This episode once again proves the catastrophic effects of an unsafe gate installation. The fine levied is in line with the case in Bridgend where Karolina Golabek sadly died from an unsafe electric gate. The other companies mentioned and involved with the specification and procurement of the gate in Manchester were lucky not to be fined as well, as in Gate Safe’s view they’re equally culpable.”

Jackson went on to state: “Cheshire Gates and Automation Ltd had been warned in an alert issued by the Health and Safety Executive back in March 2010, which highlighted the dangers such gates could pose to children. The gate which killed Semelia was left in a ‘lethal state’ by Cheshire Gates and Automation Ltd and, according to the presiding Judge, ‘serious injury was entirely foreseeable’.”

Five and a half years on since this terrible accident, there are now over 500 Gate Safe Aware installers on the campaign’s register, all of whom have undergone the pioneering IOSH-accredited Gate Safe training to understand the steps that need to be taken for the delivery of a safe and legally-compliant automated gate.

“However,” urged Jackson, “with no formal requirement for an installer to take this training, and continued access to potentially dangerous DIY automation kits, we recognise that more work needs to be done to prevent history repeating itself. Our latest move towards improving powered gate safety includes a national petition, which recommends that all new automated gates should be subject to planning permission and that the gate should only be installed by an appropriately trained professional.”

Jackson also told Risk UK: “We’ve always believed that education is key to improving the understanding of the current safety guidance, and we will of course continue to promote this, but in addition we strongly advocate this measure to discourage the activities of the ‘cowboy’ installers out there whose practices would simply not meet the requirements demanded by the new planning protocol.”

According to Jackson, the gate that caused Semelia Campbell’s death “didn’t have the correct settings activated” so it was “unable to detect her presence” or “modify its force”.

“Equally significant, although not always referred to in the majority of the media coverage that has appeared to date, is the fact that the gate installation incorporated neither photocells nor pressure edges, although current standards require every automated gate to carry two different types of safety feature.”

Jackson explained: “The financial millstone of such hefty fines and costs is enough to break a small business. Put that alongside the inevitable negative publicity – in the case of the company responsible for the gates at Semelia’s home, its turnover showed a dramatic 50% decrease following the accident – and the resulting irreparable damage to reputation. Then add-in the moral burden of accepting that negligent actions have caused a loss of life, and it’s simply inconceivable that anyone would be prepared to take the risk of working on a gate without the requisite understanding of all the risks associated with this type of ‘machine’, and how best to ensure that it’s both legally compliant and safe.”