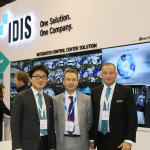 IDIS and Swift Fire & Security, one of the UK’s leading independent fire safety and security service providers, have announced and signed a strategic partnership agreement.

Established in 1982, Swift Fire & Security is a highly experienced systems integrator providing installation and maintenance services for both fire and security systems across the UK’s largest public and private sector organisations.

Installing over £1.4 million of security systems every month on behalf of discerning end users, Swift Fire & Security wanted to increase profit margins by streamlining the networked surveillance systems offered by the company to just three manufacturers. Swift Fire & Security had “recognised that some IP manufacturers were delivering poor technical support and regularly had diluted product availability” while “some systems were proving difficult and complex to implement and commission”.

Early on in 2014, Swift Fire & Security began evaluating a number of network surveillance solutions. One such that impressed was DirectIP from IDIS.  Packaged as an end-to-end solution comprising a range of cameras, monitors, network video recorders (NVR), network accessories and comprehensive video management software (VMS), DirectIP delivered exactly the kind of plug-and-play simplicity of installation and high performance that Swift Fire & Security was seeking.

The reliability and video data integrity DirectIP offered, together with an intuitive user interface, simple maintenance requirements, low power consumption and a bundled VMS with no annual licence fees also met with the security and low cost of ownership requirements demanded by Swift’s end user customer base.

Tony Bates, security director at Swift Fire & Security, told Risk UK: “We carefully evaluated IDIS’ DirectIP system against a number of other IP-based solutions and quickly realised that it offered us what we were looking for in terms of functionality, performance and simple plug-and-play installation as well as providing every element required to implement a complete network surveillance set-up.” 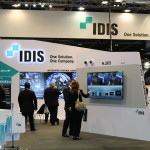 The IDIS Stand at IFSEC International 2015

Bates added: “We were equally impressed with the excellent local technical support, locally warehoused stock and customer service that the IDIS team could provide. Having taken our final decision to make DirectIP one of our network surveillance offerings, it then made perfect sense to sign the official partnership agreement at IFSEC International 2015.”

Jamie Barnfield, senior sales manager at IDIS Europe, added: “We’re thrilled to sign and announce the agreement. This year, IDIS is presenting its most comprehensive total surveillance solution to date with DirectIP at the very heart of that offering. One of the top security systems integrators in the UK, Swift Fire & Security is also one of the most established and well-respected. To have Swift Fire & Security validate IDIS and DirectIP is a great honour. We’re very much looking forward to supporting and working with the Swift team.”

*For more information on IDIS and DirectIP visit: www.idisglobal.com. Further detail about Swift Fire & Security is available at: www.swiftfireandsecurity.com