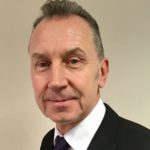 BAFE, the independent register of quality fire safety service providers, has just announced the appointment of Stephen James as compliance manager. This new role has been introduced to acknowledge the substantial growth in BAFE-registered company numbers in recent years and also the responsibility the organisation shares with its certification bodies to ensure registered businesses remain compliant with the BAFE schemes.

James brings a wealth of knowledge and experience to this role having been part of the fire industry for over 35 years. He began his career covering the refilling, refurbishing and testing of portable fire extinguishers, while also working on hose reels, dry risers and fire hydrants.

James developed into an extinguisher engineer and, later, a service manager responsible for quality procedures including ISO 9001 and third party certification.

Stephen Adams, BAFE’s CEO, told Risk UK: “With an ever-growing demand for competent providers of fire protection works, it’s vital that we continue to ensure the BAFE marque of approval is used by competent and compliant organisations. Steve will be a great addition to the organisation, duly assisting the BAFE scheme management, our partner certification bodies and our registered companies in reviewing and acting on all instances of non-conformities, helping to police the BAFE brand and ensuring that it remains the highest echelon of quality.”

Speaking about his new role, James observed: “Throughout my career in the fire industry, BAFE has always represented the highest level of quality. It’s a humbling thought that I can now provide support in upholding this virtue within the parameters of my new role.”