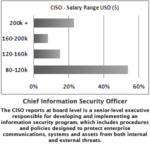 The results of the latest detailed SSR Personnel and Executive Profiles Global Salary Survey, supported by ASIS International, have just been published. The document reviews responses from more than 12,000 security professionals (nationals and expatriate) with data gathered from multiple sectors, including the finance sector, manufacturing, hospitality, the extractives world, fast-moving consumer goods and logistics.

In 2018, salary increases for senior management roles averaged 2.9% according to Oxford Economic, with Kuwait and Saudi Arabia expected to have more generous increases in 2019. A regional increase for mid-management roles will exceed this, possibly up to 5% for roles in cyber that as a sector the United Arab Emirates (UAE) has sponsored and invested in quite substantially. Part of the above average rise will be accounted for by Arab Millennials who are now seeking employment in the digitisation of the business world. 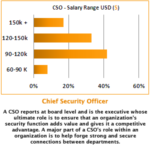 Despite major economic diversification efforts, oil continues to dominate and shape the macroeconomic outlook for Middle Eastern economies with elevated oil production levels and notably higher oil prices compared to last year. Economic growth is forecast to rebound from an eight-year low of 0.9% in 2017 to 2.3% in 2018, though growth remains below the 2010-2016 average of 3.9%. In addition, job creation in the UAE has been quite modest this year as judged by the Emirates NBD Employment Index. In fact, it turned into negative territory in August and September 2018, indicating a decline in jobs. However, as the overall macroeconomic conditions continue to improve, so the pace of job creation should gradually pick up.

As a result of compulsory military service in the UAE, more Emiratis are considering and entering the security industry following their national service, as has been seen in Saudi Arabia. This will help companies in their nationalisation targets and open more employment opportunities to Emiratis.

While gender employment parity in the workplace in the Middle East is expected in 2024, in terms of tertiary education, women are outpacing men with 52% of university places being taken up by women. While security globally has been male-dominated, more women are now joining the industry. The SSR Personnel Survey predicts a 15% increase in the number of women in the security industry across the Middle East this year. 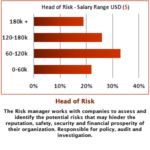 SSR Personnel expects to see job creation and an increased need for security professionals in the region as a result of continued infrastructure development including the nuclear power plants being built in the UAE and Saudi Arabia, as well as new cities such as Neom in Saudi Arabia and Al Nayeem in Kuwait.

Transport projects are underway across the region including railways in all six GCC countries and metro projects in Riyadh, Jeddah, Doha and Abu Dhabi. Major events (including the Expo 2020 in Dubai and the FIFA World Cup in Qatar in 2022) are also expected to provide an economic boosts and many job opportunities.

The implementation of VAT in Saudi Arabia and the UAE in January last year and its expected introduction in Bahrain, Qatar, Oman and Kuwait in mid-2019 has caused much uncertainty among Boards and employees. The effect that bringing in VAT will have on business (sales), along with the ever-increasing cost of living in the Middle East, could see both job cuts and hiring slowdowns.

Further impacts on employees have led to a greater proportion of workers actively in search of higher wages to cover the increased cost of living. General costs of water, electric and food rose earlier in the year with 5% VAT adding 1% to personal inflation. The UAE Ministry of Finance has reported that it’s considering further taxes, but stopping short of implementing income tax.

Cyber security roles on the rise 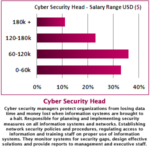 The fastest growing security roles that SSR Personnel has tracked in the Middle East in the last 12 months are those in the cyber security realm. These roles have also enjoyed the largest average salary increases (over 7%) in the last two years. This is mainly due to an increased demand for cyber security-focused professionals, which have traditionally been in short supply regionally with a lack of local talent.

More cyber attacks targeted at the Middle East along with the consumer shift towards mobile data processing and evolving web technology have increased demand for such professionals. SSR Personnel is predicting an increased level of local talent coming to market in 2019 through more nationals seeking qualifications in digital processing, content protection and cyber threat prevention.

IBM’s Middle East Survey examines the full financial impact of data breaches in the UAE and Saudi Arabia. The study found the average total cost of a data breach is $5.31 million (which is up 7.1% from 2017). This equates to an average cost of $163 for each stolen record. The average time to contain a breach was 91 days. The Middle East Survey also discovered that companies who were able to contain a breach in 30 days or less saved over $1 million compared to those that took longer.

Consultancy firm Fircroft estimates the cyber security industry to be worth US$11.4 billion and expects this value to double by 2022.

Ransomware attacks in the UAE 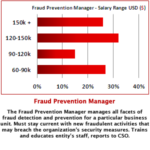 In 2018, two major cyber attacks against companies – one against an airline and one against the UAE ride-sharing service Careem – resulted in the personal details of 14 million individuals being exposed by hackers.

Recent regional tensions have caused some business disruption and uncertainty, but with time this has quietened down. Initially, this had impacted businesses and caused concern, with travel being the most inconvenienced area as Saudi Arabia and the UAE closed their land borders and suspended air and sea travel to and from Qatar. For Qataris, there were concerns around airline disruptions and food imports as 80% of these originated from Saudi Arabia and the UAE.

Jobseekers are now willing to consider Qatar as a place of work, despite increased travel time. Food imports have been re-routed mainly through Tehran. SSR Personnel sees an increase in engineering activity with the reinstatement of several infrastructure projects.

The importance of India to the Middle East and vice-versa continues to grow. India has become an integral and strategic trade partner, growing from $5.5 billion of trade in 2001 to $137.7 billion by 2015. This partnership has been extremely significant in both directions. 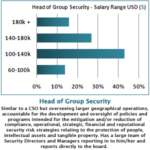 India relies heavily on the Middle East for energy, and especially oil. In 2016, half of India’s oil and gas was imported from the Middle East. In terms of co-operation in the other direction, there are millions of Indian nationals working in the Middle East helping fill the labour gap.

In 2018, the Indian Government announced a new online system for Indian nationals working overseas in 18 countries, whereby they must register themselves otherwise they will not be allowed to board a plane from India. This also applies to Indian nationals already working in these countries and re-registering whenever they change employment. This has been implemented by the Indian Government to protect workers against bogus/fraudulent job offers as well as to maintain emergency contact details for the individual.

Of the 18 countries involved, 11 are in the Middle East – Bahrain, Iraq, Jordan, Kuwait, Lebanon, Oman, Qatar, Saudi Arabia, Syria, the UAE and the Yemen.