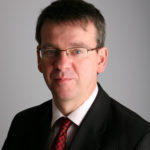 The latest report from the Security Research Initiative (SRI) – entitled ‘The Barriers to Effective Buyer-Supplier Relationships in the Security Sector’ – has now been published. The aim of the research was to identify and discuss the factors in the buyer-supplier relationship that can impact negatively on that relationship and, ultimately, on the success of a given contract. The study results are based on an examination of existing literature, survey responses from 502 security professionals and 40 interviews (20 of them conducted with buyers and 20 involving suppliers).

Acknowledging that there’s no ‘best’ type of relationship (ie context is key), respondents on both sides (ie the buyers of security and security suppliers) were committed to the principal of working closely and collaboratively. Key components (in an ideal world) are trust, good communication, aligned aims, objectives and ethos and affording appropriate priority to security. There were many examples of how the relationship worked well, but it’s also evident from this in-depth research that difficulties are not unusual.

Buyers and suppliers were candid in interviews and often reflective on the shortcomings of their own peers. Buyers, for example, admitted that they sometimes lack insight on their own needs. It’s easy to be overwhelmed by the complexity of security as there are so many available solutions. The lack of status experienced by some meant that they can lack control over security spend and have limited input into the procurement process.

Meanwhile, suppliers face real pressures in a competitive market which can lead to cutting costs to the point that this can compromise quality and lead to under-delivery. There’s a lack of understanding about these ‘realities’, often driven because those bidding for contracts are sometimes managed separately from those who deliver.

Difficulties arise when there’s a lack of communication and a failure to invest sufficient time in the process. There’s no shortcut to recognising and committing to overcome these issues. It’s easy to say, but a challenge in practice to do.

Perpetuity’s director Professor Martin Gill CSyP FSyI, who led the research, noted: “The security buyer-supplier relationship is absolutely crucial to the way in which security operates, and yet in the security business sector this area has been largely unexamined. Perhaps understandably so given the somewhat sensitive nature of the issues involved. Hopefully, the findings of our research will provide readers with an insight on the issues that must be overcome in order to reach a win-win situation. The latter scenario is something that our research suggests the sector is striving for on an ongoing basis.”

*Copies of ‘The Barriers to Effective Buyer-Supplier Relationships in the Security Sector’ may be downloaded from the Perpetuity Research website: https://perpetuityresearch.com/category/publications/security-research-initiative/

**The Security Research Initiative is sponsored by the security sector (buyers and suppliers), and involves an annual study. The reports are made available free of charge in order to provide a more informed information base about the workings of the security sector. For more detail access: https://perpetuityresearch.com/security-research-initiative/