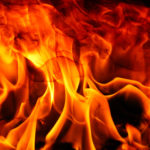 Southwark Council has been ordered to pay a total sum of £570,000 for safety failures at Lakanal House, the South London tower block in which six people lost their lives to fire in 2009. The Council was taken to court by the London Fire Brigade on 22 charges relating to fire safety at the location and pleaded guilty to four offences under the Regulatory Reform (Fire Safety) Order 2005.

The offences included failure to undertake a fire risk assessment, failure to take general fire precautions to keep employees and residents safe and failure to suitably maintain fire safety arrangements on the premises.

Deficiencies were identified as a lack of fire-resistant structures and materials between each maisonette staircase and shared internal doors, a lack of compartmentation in false ceiling structures of shared corridors and an absence of fitted intumescent strips and smoke seals on fire doors.

Passing sentence at Southwark Crown Court on Tuesday 28 February, Judge Pegden QC stated that the offences were about the risks created by the failures of Southwark Council, rather than holding Southwark Council to account for the loss of life.

“These counts relate to the risk of the spread of the fire, making sure the measures for safely escaping the premises are effective and, thirdly, measures to fight the fire in the premises are made,” said the Judge. “The construction of suspended ceilings and what’s known as ‘boxing-in’ in the maisonette staircases which connect to the common corridors was deficient and failed to comply with industry standards. Those deficiencies placed persons at risk of death or serious injury in the event of a fire.”

Judge Pegden QC continued: “The lack of fire seals failed to provide the necessary resistance to fire and meant the compartmentation was compromised, as was the effective means of escape and firefighting. The risk existed for a long period of time and a significant number of people were put at risk, not just those living there but also those visiting. There was no risk assessment carried out as of July 2009. Such an assessment would have identified the deficiencies.”

According to Judge Pegden QC: “This fell well below the standard required. The Borough has been in existence for a sufficient period of time to be aware of its responsibilities in relation to fire safety. These were serious offences, but ones which could have been easily remedied.”

In response, Southwark Council expressed its “sincere regret” for the failures that were present in the building. Councillor Peter John said: “We fully accept the decision of the Judge and the fine he has imposed. Some have talked about the need for this case to act as a warning to others, but for us the death of six residents is a stark reminder every day of the terrible cost of failings at Lakanal House.”

Councillor John continued: “Once again, I can only apologise for the Council’s role in this tragedy. We have since invested £62 million to make homes in the Borough safer, and would urge all landlords to ensure that their homes are safe such that a tragedy like Lakanal House is never repeated.”

Dan Daly, the London Fire Brigade’s assistant commissioner for fire safety, explained that the prosecution was all about ensuring lessons are learned for the future.

“All landlords, including large housing providers such as Councils and Housing Associations, have a clear responsibility under the law that their premises meet all fire safety requirements, are effectively maintained to provide protection in the event of a fire and that they keep their residents safe,” urged Daly.

“We want landlords to take the opportunity provided by this case heard at Southwark Crown Court to remind themselves of exactly what their fire safety responsibilities are under the law, and to ensure that everyone in their premises is safe from the risk of fire.”