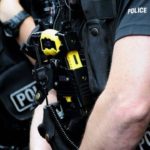 On Thursday 28 April, the Home Office released the Police Use of Firearms and Police Use of Taser statistics. According to the Police Federation of England and Wales, these latest figures “show more smoke and mirror tactics” by the Government.

Che Donald, lead on firearms and Tasers for the Police Federation of England and Wales, said: “The release of the Use of Firearms statistics is further evidence of the smoke and mirror tactics employed by the Government in relation to firearms officers. We’re fleecing the public of the real firearms figures. The statistics show a decrease in firearms operations, which can surely be expected when you look at the ever-decreasing number of Authorised Firearms Officers (AFOs).”

Donald also stated: “The figures show that, since 2009, there has been an 18% decrease in the number of AFOs. So, while the Home Office has pledged to increase the number of AFOs by 1,500, having lost 1,259, in real terms we’re looking at an uplift of approximately 250 firearms officers. The figures appear to show the Government is taking a U-turn on its promise to arm officers.”

Continuing that theme, Donald commented: “The next question, then, is where will these ‘extra’ firearms officers come from? These will be existing officers who will undertake new training for this different role. Police officer numbers are already low, and we cannot increase armed firearms officer levels without taking them away from the already thin front line and the vital area of neighbourhood policing. Don’t forget that all of this is set against a backdrop of the lowest policing levels we’ve seen in decades.”

Donald went on to state: “We’re asking officers to volunteer for a dangerous job with incredible responsibility, and we know there are concerns about how much legal protection those individuals feel they have when carrying or using firearms, as recent cases have highlighted. Those issues need to be addressed.”

Moving on to look at the Use of Taser statistics, they show that police officers continue to deploy this protective option responsibly. The increase in use is in line with the increase in officers now carrying Taser.

Donald believes that Taser deployment is having a positive impact. “It’s important to note that the discharge figures have decreased by 4%”, he said, “which is an indication that the mere presence of Taser is stopping offenders. The Police Federation maintains that all officers who want to carry Taser should have the opportunity to be trained such that they might do so.”