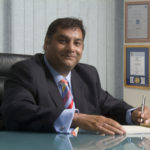 Following a recent Parliamentary review, the Security Industry Authority (SIA) has recommended a systematic and transformational approach towards regulation going forward – a stance supported by the Small Business Network (SBN), the security industry body made up of leading private security firms.

After long advocating for industry-wide, mandatory SIA business licensing as well as an overhaul of the current Approved Contractor Scheme (ACS), the SBN is delighted to see progress on both fronts. The organisation vehemently believes that buyers of security services have a need to check the quality of their suppliers and see it as part of their role to help make this possible for all. This is particularly true because failure to do so could result in situations that invalidate end users’ insurance cover.

“It’s important to us that our industry is presented in the best possible light,” commented Abbey Petkar, managing director of Magenta Security Services and press officer for the SBN. “I believe we have been very vocal about the challenges we’ve faced as an industry as well as possible solutions. It’s a real coup to finally see some of our greatest concerns being both recognised and legitimised in this Parliamentary review.”

Petkar added: “We want to congratulate the SIA on its decision to listen to the needs of the industry and respond accordingly. It makes us all proud to know that the Regulator is standing up for our industry and its needs as it focuses on protecting us as solution providers and, indeed, our clients.”

Details about specific licensing recommendations included the belief that all businesses offering security services, whether operating under contract or operating in-house – and where there’s a risk to public protection, safeguarding and national security – should be subject to mandatory business licensing. Business licences should only be issued to companies who meet the voluntary revised ACS standards.

On the whole the Parliamentary review, in which the SBN was actively involved, recognises that the SIA has performed to satisfactory standards as a Regulator and should be retained as it plays a large role in the performance of the private security industry.

Other key recommendations include an increased focus on risk, the introduction of new shared standards, clearer market signalling and transparency as well as the need to work towards a broader and more intimate industry partnership approach. It was also recognised that the ACS should be industry-owned and administered in addition to being refreshed in its scope and strengthened overall. The SIA would be responsible for setting its standards and rigorously overseeing compliance.

Petkar continued: “We have said, as our SBN history has proved, that working more closely with the SIA would be a relationship that benefits all parties, so it’s satisfying to see a move towards this. We are not about to rest on our laurels, though. We will continue to work towards creating a fairer, more reputable industry for all – inside and out.”

Reviews such as that of the SIA are undergone by Arms-Length Bodies every five years or so, with this one considering a combination of views from the private security industry and other key stakeholders. The Parliamentary review was kick-started in 2016 with the final results published on 7 June this year.