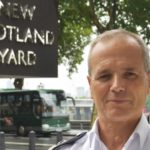 The Home Office has announced that Sir Stephen House will take over as Deputy Commissioner of the Metropolitan Police Service in December when Sir Craig Mackey retires from policing. Home Secretary Sajid Javid made his recommendation to Her Majesty The Queen following an open competition and with regard to the recommendation of Metropolitan Police Service Commissioner Cressida Dick.

Sir Stephen was interviewed for the post by a panel chaired by the Commissioner. The panel also included Sadiq Khan, the Mayor of London, who’s ultimately responsible for oversight of policing in the capital.

Home Secretary Sajid Javid said: “The role of Deputy Commissioner is one of the most challenging in policing, so I’m delighted that someone with the experience and expertise of Sir Stephen House is taking up the task. Sir Stephen has demonstrated his leadership qualities. He’s the right choice to help steer the country’s biggest force. I would also like to thank Sir Craig Mackey for his dedication and unstinting service to policing. His career has been truly distinguished and I wish him all the best in his retirement.”

Sir Stephen House has worked in the policing world for almost 40 years. He served as the Chief Constable of Strathclyde Police before taking over as the first Chief Constable of Police Scotland back in 2012. Sir Stephen is currently an Assistant Commissioner of the Metropolitan Police Service.

Speaking about the appointment, Met Commissioner Cressida Dick said: “The role of Deputy Commissioner requires the ability to lead this huge and complex organisation through ongoing significant change, while also ensuring that we’re tackling the challenges of keeping the capital safe. London needs someone with a proven and extensive track record operating at this level and the passion to make a real difference. The Deputy Commissioner is also a highly influential role in nationwide police leadership.”

In addition, the Commissioner observed: “Stephen combines both immense operational and leadership expertise and experience with a passion for policing and for London. I’m confident he will be a superb Deputy Commissioner, and look forward to working with him in his new role. He will be a worthy successor to Craig who has been a brilliant deputy for the past seven years. I believe this appointment will mean we have an exceptionally strong Management Board team to afford the Met the support and clear direction needed and give London the police service it deserves.”

Sir Stephen House explained: “I’m delighted to become the next Deputy Commissioner. It’s a privilege to serve Londoners and the dedicated and professional officers, staff and volunteers in the Met in our mission of keeping London safe. With both demand and the complexity of policing increasing, not to mention ongoing financial pressures, I’m under no illusion of the challenges of the role. However, I will be building on the strong foundations Sir Craig Mackey and the wider Management Board have already established. I look forward to working closely with the Commissioner, the Mayor and the Home Office and to championing the extraordinary work and achievements of the organisation to date.”

Sir Stephen House’s new contract will run for a period of five years.