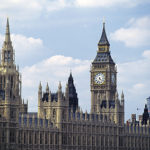 Members of the British Security Industry Association (BSIA) were among many industry peers attending the 2017 Security Industry Authority (SIA) Stakeholder Conference on Tuesday 14 March. The event focused on partnership working and provided an opportunity for the Regulator to engage with key members of the private security sector.

SIA chair Elizabeth France CBE and CEO Alan Clamp set out the Authority’s key priorities for the coming year. For their part, delegates were keen to discuss the future of regulation and appeared to be largely in favour of maintaining a robust regulatory framework.

Regulation of the private security industry has suffered a long period of uncertainty since the SIA initially came under threat during the Government’s ‘Bonfire of the Quangos’ during late 2010. At that time, the industry’s efforts to retain regulation of the private security industry were led by several organisations, among them the BSIA. (Then) Home Secretary Theresa May conceded to the BSIA’s position that regulation is essential in maintaining a professional security industry, fully acknowledging the maturity of the industry and deciding instead to opt for a move towards ‘lighter touch’ regulation. 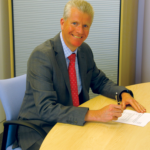 Despite this initially positive response, the process to develop such ‘lighter touch’ regulation and the discussions aimed at implementing it lasted for five years without fruition, as the Government failed to provide an appropriate legislative vehicle by which to launch it.

According to the BSIA, that failure was “regrettable” given the industry’s modern day role in supporting the police service and protecting the country’s Critical National Infrastructure. As a result, the proposed move towards a system of business licensing – which was overwhelmingly supported by the industry, the Regulator and the Government – left all stakeholders uncertain about the future regulatory framework which would govern its operations, not to mention the cost of licensing.

In 2016, the SIA was subjected to an Independent Review, during which the BSIA lobbied for a number of outcomes. These included the reaffirmation of business licensing in place of the current system, the inclusion of the in-house sector within the regulatory ambit and a greater degree of recognition for the industry’s vital role in protecting the public and businesses alike. 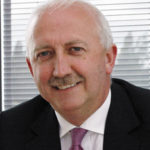 The Independent Reviewer’s report has “languished” within Government corridors for the last eight months. However, Alan Clamp hinted during the SIA’s Stakeholder Conference that the report would finally be presented to ministers at some point shortly after Easter.

Commenting on this announcement, James Kelly, CEO of the BSIA, informed Risk UK: “It’s hoped that the BSIA’s positions will be supported in the final report, and that the industry will finally have a clear steer on its likely regulatory obligations and the cost base underpinning it. The ongoing uncertainty about the private security sector’s future cost base and compliance requirements constitutes a potential risk to community safety and, it must be said, to the financial stability of a vital part of the country’s economy.”