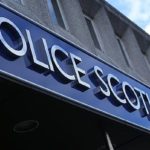 Following on from the UK’s Counter-Terrorism Awareness Week, the SIA’s Partnerships and Interventions team attended a multi-agency counter-terrorism workshop in Tulliallan, Fife. Over 50 representatives from Scotland’s security business sector as well as managers of sports stadiums, universities and large shopping centres also attended the event.

Dave Humphries, the SIA’s director of partnerships and interventions, served as Keynote Speaker on the day. He stated: “The SIA is working with enforcement and security agencies and with the security industry to make communities safer from terrorism. One way in which we can do this is through the Approved Contractor Scheme, which certifies that businesses that are part of the scheme have met the agreed standards. A security business frequently has professional and trained staff working in locations which may be a target for a terror attack. Therefore, they can offer an informed response in a crisis to ensure public protection.”

Humphries added: “We’re promoting the need for the 300,000-plus individuals who hold SIA licences to be encouraged and equipped to contribute effectively in the ongoing fight against terrorism.”

This event marked a change in approach for the scheme’s partners. It builds on Police Scotland’s existing work with the private security industry through initiatives such as Project Griffin, which was undertaken in conjunction with the SBRC.

During the event, the SBRC gave a presentation that included a sobering counter-terrorism threat assessment. This emphasised the importance of initiatives like Project Argus (focused on business preparedness for a terrorist attack) and Project Griffin (centred around individual counter-terrorism training).

Ronnie Megaughin, deputy director of the SBRC, said: “The SBRC exists to support businesses in Scotland in their efforts to trade and prosper securely. We’re mindful of the role that businesses play in ensuring the safety of their employees, customers and the wider communities in which they operate from the threat of terrorism.”

Megaughin continued: “This event focused on how that could be achieved through stronger collaboration with public sector partners and the security business sector. I believe this initiative has moved us forwards in terms of understanding both the opportunities and obstacles. We’re fully committed to continuing this programme of work, which will ultimately contribute towards keeping people safe.”

Police Scotland led a session focused on developing the existing counter-terrorism strategy. It emphasised the importance of initiatives like the aforementioned Project Argus and Project Griffin.

Three questions associated with the police service and the security industry combating terrorism sparked a lively discussion: ‘What currently works well?’, ‘What are the barriers to good co-operation?’ and ‘What needs to happen to make public/private sector joint working more effective?’

Steve Johnson, Police Scotland’s Assistant Chief Constable  (Crime) opened the event. At the conclusion of the day’s informative presentations, Johnson commented: “This event was an ideal opportunity to develop existing relationships between Police Scotland and the private security industry and identify innovative new ways of working together in the future. At this time of increased risk on the national stage, the event confirmed the benefits of collaborative working, ensuring organisations work together for a common goal rather than in isolation. In doing so, they will help to make Scotland safer for all of our communities.”

Following on from this event, representatives from the SIA, the SBRC and Police Scotland will meet in January to collate the actions and ideas raised throughout the day. They will then outline practical recommendations for the private security industry and develop short, medium and long-term goals. These will include how the industry can be used as an additional resource in counter-terrorism through expanding initiatives like Project Griffin and Project Argus for better joint working to make Scotland safer from terrorism.