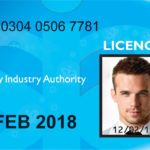 The Security Industry Authority (SIA) has responded to media coverage of the report issued following a survey commissioned by the United Kingdom Crowd Management Association (UKCMA) and the Football Safety Officers Association which sought the views of industry professionals* in order to benchmark any issues related to the predicted decline in the availability of appropriately trained personnel within the event security sector. The Regulator welcomes the fact that the spotlight is being shone on the continuing need for recruitment and retention of good quality staff in the events sector.

The UKCMA’s detailed report** raises some “health challenges” about how adequately the current market is supplying qualified and vetted security operatives and touches on the problems that losing skilled staff can represent for the industry.

A figure of a 40% reduction in renewals of SIA licences has been cited in the reporting of the study, and the Regulator is particularly keen to set this in context. That figure has been derived from some possible projections that the SIA had commissioned in early 2016. The data quoted from the projections are only concerned with SIA door supervision licences (the most relevant licence to the events sector) and not the whole regulated security industry.

In addition, the projection represents what the Regulator terms the ‘worst case future scenario’ based on certain modelling techniques and isn’t intended as an accurate picture of the current position in the industry.

The Benchmarking Security and Stewarding Resourcing study correctly highlights that a significant proportion of individuals don’t actually renew their three-year SIA licence. Each year, these exiting licence holders are usually replaced by new applicants for SIA licences, such that the overall number of licence holders does vary to a degree, but not as significantly as suggested by some recent reporting.

The SIA’s records show that, between 2013 and 2017, the actual number of people holding door supervision licences has fallen by around 10%. The Regulator states: “The data should not be interpreted as a 40% reduction in the number of SIA licence holders who decide to renew their licences, but this doesn’t mean that the industry isn’t currently facing significant difficulties in the recruitment and retention of quality staff.”

The table below shows the number of door supervision licence holders in each year from 2011-2017.

*The survey realised close on 200 responses from suppliers and purchasers with a broad range of roles. The majority (70%-plus) of respondents had over ten years’ experience within the industry and, in the case of some purchasers, manage venues with a capacity exceeding 50,000