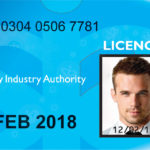 On Tuesday 9 January at Workington Magistrates’ Court, the Security Industry Authority (SIA) successfully defended an appeal against the suspension of a licence from a security officer charged with indecent exposure.

The licence holder, who cannot be named because the case is still to be heard at Carlisle Crown Court, was suspended in November last year having been charged with alleged indecent exposure. The officer allegedly exposed himself to a group of children (aged one, four and eight) at a public swimming pool.

The police informed the SIA of the security officer’s alleged behaviour, following which his SIA licence was suspended. The suspension will be reviewed following the outcome of the Crown Court’s deliberations.

SIA solicitor Neil Diamond told the Court: “As a regulator, the SIA places paramount importance on public safety. The SIA was given a legal power to temporarily suspend licences for precisely these types of circumstances. It would present an unacceptable level of risk for someone awaiting trial for such a serious offence to continue in a position of trust and responsibility in the interim.”

Dismissing the security officer’s appeal, the magistrates found that the SIA had acted in accordance with its own guidelines and that the decision to suspend was appropriate.

The magistrates further found that there could be a threat to public safety if the licence didn’t remain suspended, and were duly satisfied that suspension was in the public interest.

The security officer was ordered to make a contribution to the SIA’s legal costs of £200.

Lisa Targowska, the SIA’s deputy director for legal, concluded: “We will always rigorously defend appeals of this nature, and particularly so where there’s any potential risk to the public. Security operatives are in a position of trust. On that basis, we will not hesitate to use our powers of suspension where it’s in the public interest to do so.”