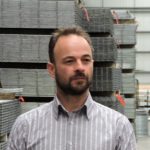 The long-running shareholder’s dispute between the co-founders of perimeter security systems manufacturer Zaun has been resolved. The company has now bought back Paul Painter’s shares with support from the Lloyds Banking Group. Remaining co-founder Alastair Henman is now the sole ultimate shareholder of Zaun, while Painter is no longer connected with the Midlands-based company.

Speaking about the news, Henman informed Risk UK: “The dispute has been a huge distraction over the last few years. I now look forward to re-focusing my efforts on the massively exciting future we’re building here at Zaun.”

Since Painter ceased to have any executive role at the company back in 2014, Henman has been ringing the changes, building a strong team and laying the foundations for a sustainable and positive future.

Henman acquired a majority stake in software security expert EyeLynx, where founders Jay Patel and Francisco Feijoo still run the business. Henman then announced the purchase of 75% of the shares in Binns Fencing, with Adam Binns (grandson of company founder John Binns) similarly remaining as managing director and retaining his 25% shareholding. The acquisition has given Zaun a strong presence in the prison sector.

The fourth member of the Zaun Group, Zaun Middle East, goes from strength to strength and recently announced its largest-ever Middle Eastern contract with 80 km of fencing to be shipped in the coming year.

Henman added: “I spent four years of my life delivering our largest-ever contract for the London 2012 Olympic Games. That was a fantastic time for us. It opened so many doors and opportunities, and insulated us against the credit crunch, recession and the early years of austerity.”

He continued: “The challenge has been to turn those opportunities which arose from that one-off project into long-term sustainable business. That has been achieved only on the back of innovation, bold investment and strengthening relationships with core contractor customers to ensure the steady flow of orders that kept the factory permanently busy.”

Last year, Henman made three internal promotions to join him on the Board: Chris Plimley became sales and marketing director, Chris Rowen was appointed to the role of operations director and Roberto Garziera assumed the post of technical director.

In conclusion, Henman told Risk UK: “The political, economic, social and technological environments have changed beyond recognition since we launched the business, but we continue to invest in the belief that we can produce innovative products that our customers want. That philosophy has kept us ahead of the curve and now sees us at the leanest, greenest and keenest point in our history. We’re very much confidently ready to forge into the future. In 2017, Zaun fully expects to hit record consolidated turnover and profit.”