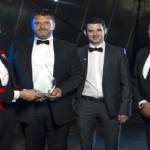 Sellafield’s civilian guard force, whose constituent members are supported by Mitie’s Total Security Management business division, has been honoured at the North West’s second annual Armed Forces Business Awards. The organisation was presented with the Small Business Award for its support to the region’s Cadet Forces.

Employee Jamie Bell nominated Mitie. Bell is one of five cadet instructors at the Cumbria Army Cadet Force in Aspatria who works for the organisation. He wrote: “Unless there are extenuating circumstances, all five instructors are guaranteed to take cadet annual camps as leave without having to take holidays. Without my employer’s support I would struggle to meet the commitment required to deliver the correct level of cadet preparation and training.”

The awards ceremony was staged at the Imperial War Museum North in Trafford and a total of seven regional awards were presented.

Mitie was among 35 employers, ranging from household names to small family businesses, who were nominated by military personnel for the awards. Each employer had shown an “outstanding commitment” to the Armed Forces, assisting staff who serve in the Reserves, working with military families or supporting the region’s cadet forces.

The award was accepted by Michael Cubby, head of operations for the civilian guard force which is part of Mitie’s dedicated security operation at Sellafield. Cubby said: “It’s absolutely fantastic to receive this award. I’m ex-Armed Forces and receiving this accolade shows what we are all capable of giving back to our community. It’s great to see how much joy our five cadet instructors derive their roles and, in turn, give something back to the kids of West Cumbria.”

Brigadier Christopher Coles, Commander of the Army’s 42nd Infantry Brigade and HQ North West, added: “I’d like to congratulate Sellafield’s civilian guard force. The commitment that they have shown really has made our job a lot easier. Military personnel, be they Regular, Reserve or Cadet Adult Volunteers live and work among the wider Cumbrian community and we see these awards as an expression of the partnerships we’re building together. We’re grateful to all those organisations who have been nominated. Their work and support is greatly appreciated and we look forward to strengthening these relationships for many years to come.”

Mitie, the facilities management company, has picked up The Diversity Award at the annual British Insurance Awards ceremony held at the Royal Albert Hall in London.

A completely new category, The Diversity Award was introduced this year to recognise the work of organisations going “above and beyond” to inspire and bring about a positive change within the insurance space.

This year’s awards attracted entries from some of the insurance sector’s leading organisations across 26 categories all eager to take home the prize which is widely recognised as the industry’s unrivalled ‘Badge of Excellence’. 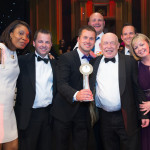 Lee Sadowski, director of Mitie’s Property Solutions business, commented: “We’re absolutely delighted to have won this year’s Diversity Award and would like to thank the Judges for recognising our passion and commitment towards encouraging diversity in business and the wider community.”

Karen Govier, group diversity and inclusion manager, added: “This is a brand new category for 2015 and to be recognised for diversity among such prestigious organisations is amazing. We’re thrilled.”

Employing around 70,000 people from a range of backgrounds, diversity is a key differentiator for Mitie. Some other diversity initiatives and accolades to the company’s name include:

*Signing a formal partnership with Remploy in March 2014, duly resulting in 80 new disabled recruits to the business and a series of disability awareness sessions