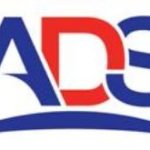 The winner of the twelfth annual ADS Security Innovation Award has been announced as SeeQuestor for its “revolutionary solution” to reviewing CCTV footage. The prestigious accolade was presented to Tristram Riley-Smith (chairman of SeeQuestor) and Fariba Hozhabrafkan (the company’s vice-president for business development) by security minister Ben Wallace during a ceremony which took place at Farnborough.

SeeQuestor works as a powerful analytical tool set, enabling officers to sift through footage much more effectively, detecting faces, bodies, clothing and movement as well as providing geo-location information on a dynamic map and a motion detection filter.

On being presented with the award, Tristram Riley-Smith said: “SeeQuestor was created to answer a critical need of law enforcement agencies: to improve the costly and time-consuming process of reviewing video footage. We deliver radically faster video intelligence. Our platform is built on cutting-edge British research, and we will continue to push the boundaries of what’s possible through the use of machine learning to develop new analytical tools.”

The annual ADS Security Innovation Award identifies and celebrates innovation across the UK’s security industry. By recognising new solutions and capabilities, it’s hoped companies will be encouraged to continue investing in driving up the ingenuity that enables UK businesses to compete successfully in tough global markets. 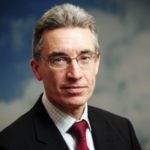 Paul Everitt, CEO at the ADS Group, commented: “I’m delighted to celebrate the work of SeeQuestor, an innovative UK SME that has developed and delivered an innovative approach towards a major challenge facing police forces in the UK and internationally.”

Everitt continued: “The UK’s security industry is recognised for its innovation and focus on delivering practical solutions. It’s a growth sector with rising turnover and increasing exports that supports high-value jobs across the country and actively contributes towards national prosperity as well as public safety.”

In addition to the winner, there was one runner-up and two businesses named as ‘highly commended’ entrants.

Suitable for the mass transit, major event and similar security markets, SPO-NX locates potential threats concealed under clothing on the human body and can detect a range of threats such as improvised explosive devices, large assault weapons and contraband. It’s particularly applicable to crowded locations where there’s a high throughput of people and airport-style security combs are either impractical or undesirable. The system also ensures the privacy of the public as it doesn’t produce detailed PMMW images of the person being scanned.

A number of SPO-NX systems were deployed by the USA Transportation Security Administration in 2016 and they’ve also been publicly used at Washington Union railway station.

The properties of the powders mean that nearly all conceivable background interference and complexities are completely removed, allowing fingermarks to be imaged with ease by forensic experts.

The product has been a global success, selling to customers in the USA, China, Australasia and Europe, as well as buyers here in the UK.

SPEKTOR Cascade Forensics combines the multiple digital tools needed for forensic processing into one client server as a policy-based automated workflow. The intuitive workflow reduces the number of processing steps between evidence being seized and reviewed by an investigating officer, as well as the number of times an investigator needs to handle the evidence.

The system results in earlier, evidence-driven suspect interviews and charging, reduced investigation costs and increased exhibit processing capacity. It also addresses the Government’s stated objectives of a 24-hour bail clock by automating and accelerating the forensic examination of multiple target devices and the production of reports that can be used to interview suspects in custody.

The National Crime Agency is a recent customer of the SPEKTOR Cascade Forensics system.