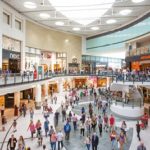 Tough trading conditions in the High Street right now have been well documented but, with theft and violence also on the up, the time has surely come for a radical new approach towards security. With this firmly in mind, Daniel Hardy explains the rationale behind an exciting new community-based initiative that will drive change and create value through shared resources.

Well-known retailers including Maplin, Toys R Us and Poundworld have already disappeared in 2018 and, according to an analysis of the UK’s Top 500 towns and cities compiled by the Local Data Company for PricewaterhouseCoopers, there were 5,855 store closures last year alone.

Online retailing has definitely had an impact. The British Retail Consortium’s (BRC) research finds that online sales of non-food items have soared over the past five years from 11.6% of the total market in December 2012 to 24.1%in December 2017. However, the Internet isn’t the only thing to blame for the decline in the High Street’s fortunes.

Theft and violence are also shockingly high. The BRC’s 2017 Retail Crime Survey reported that the total direct cost of crime has risen 6% year-on-year to just over £700 million, while the direct cost of customer theft has grown by £65 million. That’s up by 15%. It seems one particular trend that’s rapidly spinning out of control is the amount of danger that those working in retail face during their working day, with the rate of incidents of violence with injury doubling in 2017 to six per 1,000 members of staff.

It would appear that any attempts to buck these trends are simply not working, with the BRC also stating that retailers spent the same amount on non-cyber crime prevention in a 12-week period as they did the previous year. This is all occurring at a time when the police service has lost nearly 16,000 officers across England and Wales – the equivalent of all the forces in the South West of England. It has meant that the police service’s ability to respond to incidents has been seriously affected. There’s now a determined focus on prevention rather than prosecution.

Within the retail sector, any attempts to deal with these issues have often focused on hiring security guarding, which, although effective in certain circumstances, isn’t the whole answer. This additional expense, compounded by the level of crime, violence, higher business rates and increased footfall, has meant that it’s financially non-viable to keep some stores open.

It’s clear that there has to be a radical reappraisal of how retailers, the police service and specialist security providers work together. The seeds of change were sown with the Violence Reduction Strategy, a collaborative initiative pioneered by central Government, the BRC, the National Police Chiefs’ Council (NPCC), the Association of Convenience Stores, the National Business Crime Solution (NBCS), the Association of Police and Crime Commissioners and USDAW, the Trade Union for shop workers.

As a result, a major retailer, Mitie and the NBCS decided to take this further by developing a new retail security model named Community Guarding. Based on the belief that co-operation, knowledge sharing and pooled costs between retailers creates value through flexible resources with  a wider reach, the NBCS believes that it could positively contribute towards contemporary business objectives by harnessing the power of data collection, analytics and insight. This will, in turn, build increased capacity and engagement by linking large corporates, local SMEs, the community, the police service, councils and other stakeholders to counter the negative economic effects of persistent retail crime and anti-social behaviour.

Proof of the pudding

Although the Community Guarding concept sounded good in theory, the only way in which to ascertain its viability was to put it to the test. By partnering with the Police and Security Group Initiative, Sussex Police and a major retailer, a pilot scheme deployed ‘community guards’ across Brighton & Hove and surrounding areas working in tandem with the Sussex Warden initiative deployed by SWL Security, in turn ensuring all major Sussex conurbations received a community security resource.

Community Guarding uses existing Security Industry Authority (SIA)-accredited personnel to act as High Street security to support the local retail community, displacing criminality from not only retail premises, but also from local central business districts. This is achieved through a two-tier security resource – a traditional static presence in high risk stores supplemented by high visibility patrolling in areas agreed by local police that supports their own stated initiatives.

In addition, the pilot sought to conduct evidential capture and support criminal and civil justice processes and report on the presence of known criminals to police and the business community to prevent offending.

Six community security officers spent the first two weeks of the pilot undertaking engagement with local businesses and supported local policing operations with a view to project launch at the Brighton Pride event. They maintained a high visibility presence in areas known to be at elevated risk and there was a positive reaction from members of the public, who were pleased to see an extra resource being deployed in the community.

The team also built a good relationship with other local security firms, the Brighton & Hove Business Crime Reduction Partnership and  local police to share intelligence between the organisations. Their activities also included talking to members of the homeless community to offer help by putting them in contact with volunteer agencies working with Brighton City Council, which could help with food, benefits and housing issues.

Local businesses in the patrol vicinity away from the major retailer who funded the initial proof of concept could request support from community officers by contacting staff at Mitec, the Mitie Control Room located near Belfast.  These deployments were supported locally by the use of the Business Crime Reduction Partnership radio link such that businesses could communicate. The community guards assisted in arrests, searching offenders and diffusing volatile situations, rendering First Aid and carrying out welfare checks, gathering intelligence and evidence of crimes and generally assisting members of the public.

Since the start of the pilot, the community guards have reported over 1,500 incidents and 450 crimes, conducted 800 rough sleeper enquiries and detained 59 individuals until police officers could attend the scene. In a two-month period in 2017, among many other activities, the community guards arrested a man with five outstanding warrants, supported a vulnerable female who had escaped from hospital and intervened in a road rage incident that developed into a physical altercation.

Due to the success of the pilot project, the NBCS and its partners are confident that the same model could be developed and rolled out across the country. As well as the many benefits that it offers retailers and law enforcement agencies, it also represents a valuable opportunity for the security industry – and the security guarding sector in particular – to elevate its position and create a new type of highly-trained, skilled and service-driven operative.

There’s no getting away from the fact that security guarding suffers from an ongoing image problem. This negative image also has commercial implications. There’s a vicious circle at play, whereby customers don’t value these services highly enough and are not willing to pay higher fees. This means that the sector struggles to attract high quality individuals from a diminishing pool of talent due to the low rates of pay that operatives receive, which makes the security industry an unattractive career choice.

To address this issue, work is underway to establish a set of operational standards via appropriate bodies like the SIA and the NPCC. It’s hoped that the development of a nationally recognised and accredited enhanced security standard for individuals will raise the credibility of the private security industry.

It has been mooted that the standard should include areas such as statement writing, evidential capture  and continuity, the use of body-worn video, initial responder First Aid training, an understanding of civil powers, dealing with vulnerable people, technology awareness and its use, Community Safety Accreditation Scheme powers, Project Griffin awareness and corporate accreditation through the SIA’s Approved Contractor Scheme.

In addition, it has been suggested that trained and accredited community officers should wear a recognisable uniform that’s consistent either county or country-wide. 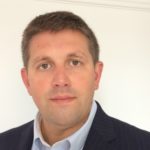 In order for the Community Guarding initiative to be effective it needs widespread acceptance and a willingness to engage from corporate customers, support from the police service and Government and the use of digital crime reporting methodologies for efficient incident management. With experience across these themes, local police services need to support the proof of concept and improve the partnership working opportunity prior to any deployment.

The icing on the cake is that, by working in unison, retailers can lower individual corporate spend and gain a far more effective service from higher calibre security personnel. It truly is a win-win situation that offers an excellent return on investment.

The response to the pilot project and the results achieved have surpassed all expectations. Community Guarding could herald a reversal in fortunes for the High Street. However, this can only be achieved with buy-in from the private security industry.

What are your views on the Community Guarding idea? Send your thoughts and comments about the initiative via e-mail to enquiries@nationalbusinesscrimesolution.com

‘The Power of Communication’: The Importance of Critical Event Management Platforms