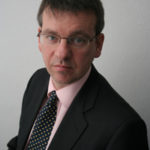 This general point was reinforced in other findings within the report, entitled: ‘Tackling Cyber Crime: The Role of Private Security’. For example, when asked whether any approach to cyber that didn’t include a physical response was a weak one, the majority of respondents agreed (52%) while only a small percentage (17%) disagreed.

Moreover, over half of the sample population (55%, to be exact) agreed that people issues were more important than technology in tackling cyber crime. 81% agreed that an alert workforce was the best defence against cyber criminality.

The importance of security was underlined even further in responses to questions about the capabilities of the police service. Only 3% of respondents strongly agreed with the statement: ‘The police service is effective at tackling cyber crime’. 69% of those who expressed an opinion either way agreed that it’s impractical to report all cyber crime.

There was general support for the use of security patrols in tackling cyber crime. While a majority thought that converged working (ie the bringing together of physical and cyber security specialists) was a good thing, only a minority felt that this concept is presently understood.

Perpetuity Research director Professor Martin Gill CSyP, who led this SRI study alongside his colleague Charlotte Howell (research manager at Perpetuity), noted: “The findings show that, important and valuable as cyber security specialisms undoubtedly are, the roles of staff and physical security expertise – including that exhibited by security suppliers and corporate security teams – are also rated highly. When tackling the cyber threat, an holistic approach is crucial. Physical security specialists have been slow to articulate the important role they play in the process.”

*Copies of ‘Tackling Cyber Crime: The Role of Private Security’ may be downloaded from the website: www.perpetuityresearch.com

**The Security Research Initiative is sponsored by the security sector and involves an annual study. The reports are made available free of charge in order to provide a more informed information base about the workings of the security business sector. Access https://perpetuityresearch.com/security-research-initiative/ for further details