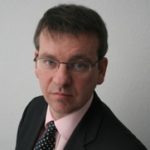 The Security Research Initiative (SRI) has just published two reports addressing key considerations for the security industry. Together, the comprehensive documents seek to understand and highlight the ways in which private security can help protect the public – in both private and public space – and the ways in which this role may be enhanced. They call upon various stakeholders to consider how, as an underused and largely capable resource, private security can best be used, not least in times of austerity.

The document is based on three overarching aims:

*The private security sector must commit to highlighting the enormous benefits it generates – including those for the public good – and also commit to ways of enhancing them. Much of what it currently does is unheralded and underacknowledged

The second SRI report, entitled ‘Police Views on Private Security’, runs to 66 pages and discusses findings from responses provided by 1,361 serving police officers to an online survey focused on attitudes towards the private security sector (ie private security suppliers and corporate security departments). This is designed to inform the strategy for better engaging private security (as detailed above).

The perceived reputation of the private security sector is a negative one.

Key findings of this report include the following:

*corporate security departments are seen as being important in helping the police in their work by 62% of respondents, but security officers much less so (with a result of 36%)

*well over eight-in-ten respondents stated that business needs to be primarily responsible for protecting itself against fraud and cyber crime. Indeed, only 50% of the sample respondents believe that the police service has a responsibility to investigate all frauds and acts of cyber crime

*respondents were critical of businesses, with approaching nine-in-ten indicating that companies need to be more committed to sharing information with the police

*police officers responding were not typically supportive of private security seconding officers, nor supportive of conferring additional powers on private security officers. Even the idea of businesses injecting money into a given force to enable a response to certain crime types wasn’t overwhelmingly viewed as a positive step forward

Professor Martin Gill CSyP FSyI, director of Perpetuity Research and the leader of this new research, noted: “The SRI members wanted to conduct a study to look at where the security sector should go and what the barriers to progress are and also suggest ways in which it can develop. Hopefully, the findings will be seen as a starting point. What’s clear is that private security is an essential part of public protection, but it’s not strategically harnessed and its potential is both underestimated and underplayed. It’s not in anyone’s interest for that situation to continue.”

*The Security Research Initiative is sponsored by the security sector (buyers and suppliers) and involves an annual study. The reports are made available free of charge in order to provide a more informed information base about the workings of the security business sector. For further information access https://perpetuityresearch.com/security-research-initiative/