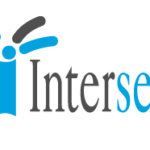 Interserve Group, one of the Top Ten security solutions providers in the UK (through First Security and Knightsbridge Guarding) and also one of the nation’s largest outsourcing contractors overall, has reached an agreement with its creditors in a bold bid to confront the Group’s rising debts and fend off any possibility of a Carillion-style collapse.

Interserve Group has a current market value of £17 million, which is way down from the £500 million figure of 2017 and the £1 billion figure of 2014. Present turnover is somewhere in the region of £3.2 billion. Around 70% of that reported turnover emanates from Government-focused contracts.

The firm’s lenders include HSBC, RBS and BNP Paribas, as well as Emerald Asset Management and Davidson Kempner Capital. Those lenders have agreed to assist in reducing Interserve Group’s debts from £600 million to around the £275 million mark by dint of issuing £480 million worth of new shares. These will be swapped with creditors for debt.

The plan is that the RMDK Kwikform construction business will remain part of the consolidated Interserve Group. As part of the transaction, £350 million of existing debt will be allocated to RMDK, of which £169 million will be cash-pay and £181 million converted into a subordinated non-cash pay debt instrument. The debt allocated to RMDK will be non-recourse to the rest of the Interserve Group and have maturities extended to 2023. Reports in then national media suggest that the Cabinet Office is understood to have advised against this element of the plan.

The proposed deal – also worked on in conjunction with the aforementioned bonding providers and the company’s Pension Trustee – is subject to the approval of Interserve’s current shareholders and due to be finalised within the next few weeks.

At the present moment, that shareholder approval is far from being a clear-cut matter. Interserve Group has revealed that its largest shareholder, the Coltrane Master Fund, is seeking to oust eight of the company’s directors, which effectively amounts to the entire Board with the exception of the CEO. The hedge fund is continuing to support Interserve’s CEO, Debbie White.

The Coltrane Master Fund owns more than 15% of the company and has recommended that David Frauman and Stuart Ross be appointed as directors. The hedge fund is now calling for a general meeting on the resolutions.

A statement on the Interserve Group’s website reads: “While Interserve’s objective remains to implement a fully-consensual transaction, Interserve is also actively preparing alternative plans to ensure the proposed transaction can be implemented in the event that shareholder approval is not forthcoming.”

Speaking about Interserve Group’s deleveraging plans, Debbie White commented: “This proposal has been achieved following a long period of intensive negotiation and has the support of our financial stakeholders as well as Government. Its successful implementation is critical to the Interserve Group’s future and all of its stakeholders. The Deleveraging Plan will, alongside our ‘Fit for Growth’ transformation programme, place us in a strong position to deliver on our strategy, be competitive in the marketplace and provide a secure future for the Interserve Group’s employees, customers and suppliers.”