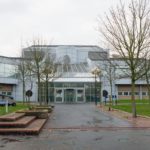 On Thursday 6 September at Woolwich Crown Court, Kazeem Oladimeji of Bromley pleaded guilty to an offence under the Fraud Act 2006 of fraud by false representation while working in the security industry. Oladimeji was jailed for five months and fined £115 for gaining employment using fraudulent documentation. He has been in custody since 15 August this year following his appearance at Bromley Magistrates’ Court.

Oladimeji’s conviction followed an investigation by the Security Industry Authority (SIA), which stemmed from a report by a former SIA licence holder that his identity may have been compromised.

SIA investigators established Oladimeji had adopted another individual’s identity and obtained a false passport to enable him to gain employment. He undertook a licence renewal, altering or replacing the issued licence to show his own photograph.

Oladimeji was formally interviewed and admitted that he had used false identification documents, including obtaining a passport in the victim’s name. During the interview, he also admitted to working illegally as a security officer at a supermarket in South London.

The SIA investigation was taken on by the Metropolitan Police Service due to uncertainty regarding Oladimeji’s true identity and immigration status in the UK.

Nicholas Banks, the SIA’s senior manager looking after decisions and compliance, added: “We’re confident that our identity checking procedures are sufficiently robust and minimise the risk of fraud, but at the same time we recognise the challenge in trying to eliminate fraud. Where we do become aware that a fraud has taken place, we take stringent and urgent action.”