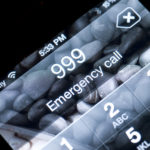 The dedicated ECHO project aims to deliver a centralised and fully-automated electronic call handling service to reduce pressure on the Emergency Services and Alarm Receiving Centres (ARCs) by cutting back on their call handling times and errors that can occur from manual response handling.

ECHO will initially focus on automating the call handling process, but it will also bring about the ability to automate police Unique Reference Number (URN) management as well as exploit the potential for delivering both automated audio and visual alarm confirmation.

Although a similar service to this has been successfully piloted for some time with a limited number of alarm companies and police forces, the ECHO project represents a milestone change in enabling the technology to be rolled out to other police and fire Control Rooms.

Following discussions between the National Police Chiefs’ Council (NPCC) and the private security industry back in 2015, the decision to implement electronic transfer was agreed. This resulted in the NPCC’s Security Systems Policy citing a date of 2020 for all ARCs to be operating on an electronic platform. 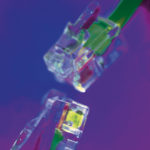 In a joint statement issued by the three organisations, the BSIA, the FIA and the FSA commented: “We’re delighted to be jointly playing a key role in the development of ECHO which aims to use technology to ease the burden on the Emergency Services and ARCs. Our three trade bodies will be working closely with the NPCC in addition to other major stakeholders to ensure that ECHO is delivered on schedule by 2020.”

Despite the fact that the industry has spent the past 18 months exploring a suitable platform, initial funding to launch the project has only recently been secured. Since then, an initial briefing of key stakeholders on the expectations and potential of the ECHO project has taken place.

A new not-for-profit company, managed by the key stakeholders, will be launched in due course. This will provide direction and governance for the ECHO project. Its initial task will be to scope out the project detail, formalise the ECHO technical solution and then begin the roll-out to ‘connect’ ARCs to Emergency Services Control Rooms.

The service is expected to be subscription-based and calculated annually on the number of URNs managed by ARCs, which will be managed online. This will ensure that the operation of ECHO can be sustained year-on-year and consistently delivered by those industry partners involved.