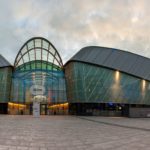 The ACC in Liverpool: the venue for this year’s Labour Party Conference

The Labour Party’s Annual Conference, scheduled to take place in Liverpool from Sunday 25 September through until Wednesday 28 September, has now received the go ahead after being placed in jeopardy following high profile disagreements over the security contract for the event being played out in the national media.

On Friday 26 August, Labour’s general secretary Iain McNicol announced that OCS Security – part of the OCS Group – will now deliver security for the event at the Arena and Convention Centre (ACC) where the company already provides security under contract to The ACC Liverpool Group.

Last year, Labour’s National Executive Committee (NEC) decided to dispense with the services of G4S, which had provided security at the annual gathering for over two decades. It was reported in The Guardian that five security companies had subsequently bid for the contract, with event security and crowd management specialist Showsec being lined up for duty. However, the GMB Trade Union then asked the Labour Party not to engage with Leicester-based Showsec due to talks over Trade Union recognition allegedly “breaking down”.

The GMB, which is the third largest Trade Union affiliated to the Labour Party, said it had made repeated requests for Showsec to recognise the Trade Union through a standard Recognition Agreement designed to negotiate workers’ pay and conditions, but claimed that these requests had been refused.

In a statement published on the organisation’s website, Roger Jenkins (the GMB’s national officer for the security industry) said: “We have repeatedly asked Showsec to agree to sign up to a standard Recognition Agreement that recognises GMB to negotiate pay and conditions, seeing its workers treated with the dignity and respect they deserve. The company’s continued refusal to recognise GMB is intolerable. Those employed in the private security industry must be allowed the choice to be represented by the GMB. If Showsec continues to show such disregard for Trade Unions then it has proven itself totally unsuited to the task of providing security for this event, and the Labour Party’s leadership must immediately put an alternative in place to avoid the conference being scuppered.”

A late return by the Labour Party to G4S was declined, with the company adamant it would not provide security at the conference even if Labour’s NEC dropped its stated boycott.

Eric Alexander, managing director for G4S Events, insisted the firm would usually start planning for such a large and complex event at least up to 12 months in advance. “Safety for delegates and our staff is our priority,” observed Alexander. “At this late stage, and with our teams committed elsewhere, we’re simply not in a position to step in and provide security for the conference.”

Response from Showsec’s Board of Directors

On the same day it emerged the OCS Group had been awarded the security contract for the Labour Party’s 2016 Annual Conference, Showsec’s Board of Directors issued a fulsome statement of their own.

“The Board of Directors at Showsec has given careful consideration to the position we have found ourselves in over the past few weeks and, in light of there still being no resolution, we have taken the decision to withdraw the proposed provision of our services for the Labour Party Conference. As a company which puts the welfare of our employees ahead of commercial gain, we no longer consider the operating environment for our security delivery to be conducive to a positive experience for our members of staff, especially given the tone of some of the comments made by the GMB Trade Union.”

The statement continues: “As we have clearly stated previously, the company has been transparent throughout the tender process in which, at no point, was it stipulated that we would have to sign a Recognition Agreement with the GMB Trade Union. We were selected from that tender process on merit. We were also transparent throughout the subsequent discussions with the Labour Party and the GMB Trade Union as far as our standpoint on Trade Union recognition was concerned.”

In addition, the statement goes on to read: “Showsec is not anti-unionist and we have a long-standing Partnership Agreement with the GMB Trade Union which focuses on the best interests of our 3,500 casual staff. This was a groundbreaking approach we made to the GMB Trade Union in 2004. It was a unique one for the security industry.”

The Showsec directors add: “The Recognition Agreement which the GMB Trade Union wanted us to sign in this instance concerned approximately 25 administrative staff, but we couldn’t agree to the terms in that agreement due to corporate governance restrictions from our parent company. While the GMB Trade Union has not proactively engaged with us in relation to the Partnership Agreement, we did invite them to come and present to our staff groups as part of dialogue which took place between the two parties in an attempt to find a resolution. There has been no response from the GMB Trade Union to that offer. Furthermore, we are disappointed with comments by the GMB Trade Union in the press in relation to Showsec, which are speculative at best and defamatory at worst.”

In conclusion, the Showsec statement reads: “Following further consultation with the Labour Party in an attempt to find a resolution, it has been mutually agreed that it’s now difficult to find a pathway forwards. Therefore, we would like to wish the Labour Party every success with the upcoming conference.”

The GMB Trade Union reportedly holds Recognition Agreements with numerous security companies. G4S and Securitas are said to be among them.