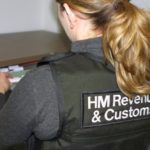 The director of a Gloucester security services company who stole almost half a million pounds in tax has been jailed for three years after an investigation conducted by Her Majesty’s Revenue and Customs (HMRC). Jonathan Benjamin Schofield, 32, of Staxton Drive, Kingsway in Gloucester was a director of J S Facilities Group Ltd. Between 2011 and 2016, Schofield made fraudulent declarations of Income Tax, National Insurance and VAT, in turn committing tax frauds totalling £497,000.

Colin Spinks, assistant director of the Fraud Investigation Service at HMRC, said: “When we pay tax, we expect it to be funding vital public services, not to line the pockets of unscrupulous traders. Mr Schofield knew he was breaking the law, but thought he could get away with ripping off honest taxpayers. Now he’s in jail and facing the consequences of his criminal behaviour.”

Spinks added: “HMRC is levelling the playing field for honest businesses, investing more time and effort than ever into tracking down those who attempt to rip off the public. Tax fraud is a serious crime, and I would ask anyone with information about those whom they suspect may be involved in such criminality to contact HMRC online or call our Fraud Hotline on 0800 788887.”

In addition, Spinks commented: “There was compelling evidence to show that Mr Schofield was a dishonest man. He knew what he was doing to make his life easier. He consistently failed to meet with HMRC over an 18-month period and has been less than co-operative throughout. Mr Schofield didn’t recognise that he had done anything wrong and pointed the finger at others while abusing his position and enjoying a lavish lifestyle.”

Confiscation proceedings to recover proceeds of the crime are in progress.

Schofield was found guilty following a trial at Gloucester Crown Court on Tuesday 13 February. He was sentenced to three years imprisonment for being knowingly concerned in the fraudulent evasion of VAT, which is contrary to Section 72 of the VAT Act 1994, and two-and-a-half years for the fraudulent evasion of Income Tax and National Insurance deductions. The sentences imposed are to run concurrently.