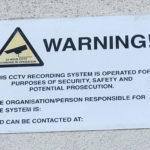 When it comes to protection regimes for today’s organisations, there’s simply no ‘one size fits all’ solution. It’s a fact that every client and contract represents a unique proposition for the security companies with whom they engage. That being so, Anthony Owen outlines precisely why today’s solutions must involve specialists and specialist equipment wherever and whenever necessary.

Security is a factor in everyone’s lives these days, even if people don’t realise that fact or stop to think about it. Planters outside important buildings are often not just simple containers for flower arrangements. Rather, they’re reinforced concrete barriers designed to stop ram raids and bombing attempts. For its part, CCTV surrounds us and with good reason.

Whether it be body-worn video or ‘dashcams’, number plate or facial recognition software, advancing technology is on the side of law enforcement, not the law breakers. Some of us might not like the idea of ‘Big Brother’-style security, but it’s a fact of life now as we battle the threat from terrorism, not to mention the myriad elements of more everyday crime.

Six years ago, the British Security Industry Association estimated that there were nearly six million CCTV cameras across the country, including 750,000 in “sensitive locations” such as schools, hospitals and care homes. Given the progress of technology since 2013, and our increasing paranoia concerning terrorism, this number could now be doubled or even larger.

Understandably, that prevalence of cameras has also generated significant debate about balancing the use of surveillance with individuals’ right to privacy. Across the UK and the EU, since last May there are now even more stringent data protection rules in place (in the form of the General Data Protection Regulation), but just how good are today’s organisations at complying with them?

As a prime example, those responsible for managing CCTV and data protection in their organisation need to check that signage is adequate (to warn people they’re being watched) and that where cameras are pointing is appropriate. Data and images need to be managed. Over time, I’ve seen so many cases where this isn’t being done properly and demonstrates a breach of the law. It’s most probably unintentional, but that matters not. Organisations are leaving themselves wide open to heavy fines if they’re reported.

Advancing technology, whether it’s computer software, protective clothing or drones, may bring a lot of benefits for those who work in security, but that technology is often accompanied by new regulations and presents a new set of problems to overcome as well. We live in a bureaucratic world and paperwork has to be dealt with, much as we may dislike it. When lawbreakers take the new technology and use it against society – witness the recent airport drones debacle – it seems a good illustration of the old adage ‘two steps forward and one step back’ for those of us in the security business sector.

The latest technology has also had a major impact on the use of the Internet. Cyber security is the current big challenge for those who need to monitor activity in cyber space and combat its use for terrorist, criminal or undesirable social practices, whether state-sponsored or perpetrated by small groups or individuals. It’s specialist, fast-moving, difficult and demanding and, like a lot of today’s security sectors, requires expert professionals and specialist knowledge.

It’s no longer about simply having a few security officers patrolling a premises or watching over people. Every job is different. The clients are individual. Their problems are diverse and the threat level fluid.

The degree of difficulty and complexity will differ in each case. The risks are different for each and budget also plays its part, as does the type and experience of security staff needed to work on each job. Therefore, the solutions need to take all of this into account.

We specialise in property security. Generally, we secure premises rather than protect individual people, although there’s obviously some crossover between the two. We’re a good example of a security business using the latest technology to its greatest advantage, or adapting it for specific needs. At the same time, often the old fashioned security officer patrol scenario, with or without trained dogs, is the perfect solution to a problem. It also demonstrates how no two jobs are the same, as no two buildings or locations or situations are the same. A bespoke security solution is what clients seek and this is what should be expected of today’s solution deliverers. 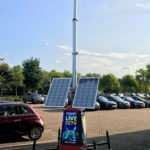 Most of us in the security business sector deal with property security in one form or another, either directly or indirectly, whether it’s a guarding service or the supply of security products. Harnessing the use of the latest technology for the benefit of our clients allows us to offer what’s needed. Bespoke solutions are both efficient and cost-effective.

The best security solution should cover the key objectives and provide a deterrent. Prevent or make the threatened illegal activity difficult. If anything does happen, the security solution should provide the means or evidence to help catch and prosecute the perpetrators. We must provide reassurances to the client and/or members of the public that they and their property are being kept as safe as possible.

Having a 24-hour guarding service in place isn’t always practical or affordable, or even necessary in some situations, although it does provide a visible and reassuring deterrent factor. CCTV comes into its own when the monitoring of any site is required, especially so with warning signage that it’s in operation and when images are observed and acted upon as soon as any suspicious activity is noticed. Relaying images to an Alarm Receiving Centre maximises the benefit of such a security solution, enabling a quick response by dedicated patrols or law enforcement.

CCTV comes in many varieties with many sophisticated options and can now operate remotely on the most inaccessible of sites. Cameras may be mounted on mobile vehicles or on stand-alone towers. These towers can run on mains or solar power, have wide coverage and provide the requisite deterrent factor. With connection to sensors around the site in question, they can switch on illumination, sound alarms and even communicate with the trespasser via voice recordings or directly via personnel in a Control Room.

They’re ideal for everything from open car parks, construction sites and sports grounds through to agricultural locations, outdoor events and music festivals, protecting the public, valuable equipment and goods. There should now be very few locations that cannot have some sort of security monitoring to deter and detect crime or protect the public.

Right now, security does have a major focus on cyber crime and counter-terrorism, but for many, lower level crime and anti-social behaviour still demand to be deterred or dealt with on a daily basis.

Anti-social behaviour has been a growing issue for years and the wanton destruction or desecration of property a challenge to combat. Everything from illegal raves and graffiti to the theft of lead roofing or copper piping has been – and continues to be – a plague on society.

Squatting is still a threat when property sits apparently unoccupied, despite the change in the law in 2012 to make residential squatting illegal. Property guardians might be a solution, but for short-term security, properly fitted steel screens and doors are perfect. 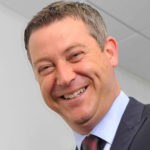 With the advent of keyless steel doors, themselves another advance in security technology, the nuisance of being a key holder and on-call 24/7 becomes redundant. These doors are secure and can allow one-off entry for authorised personnel with no worries for the property owner or manager about lost or missing keys or being called out in the middle of the night simply to let someone in. They can be used in any building to control access to certain areas, and are something of a boon for facilities or security managers.

Fly-tipping is now a major problem. According to DEFRA, in 2017-2018 local authorities in England dealt with just under one million fly-tipping incidents. The cost of clearance was a whopping £12.2 million compared with £9.9 million the previous year. This is just for local authorities and takes no account of the illegal dumping of waste on private property.

CCTV might catch the perpetrators and their number plates on camera, but prevention is better than cure in this instance. Simple concrete blocks or barricades will often do the trick and prevent the incursion of vans/trucks.

*Further detail is available on the Clearway Services website