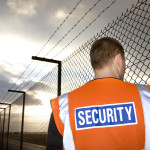 What are the key factors to be brought into the equation and carefully weighed up when arranging insurance cover for a security business? Tina Chittenden moves to pinpoint the main risks and potential pitfalls security companies ought to bear in mind

Security companies are in the business of protecting others – their clients’ premises, property and, as is often the case, their employees as well. That said, they cannot afford not to protect their own company’s interests. That’s why insurance – and the right form of cover for the security business – is absolutely essential. On that basis, then, what are the particular risks and problems that may be encountered by security companies in their particular environment?

One of the main sources of claims – and one of the most important risks against which security companies must protect themselves – is what we refer to as ‘inefficacy and contractual liability’. There’s a break-in at a warehouse, for example, and the client states that your security officer must have been asleep on duty because it happened on his or her watch and the thieves escaped scot-free.

We understand that security companies can find themselves in a difficult position here. A client may have balked at paying for the extra officers needed to ensure adequate protection of a large site, but your company may still be liable under the Terms and Conditions of the agreed contract. These cases can be contentious. Every claim is different, but insurance specialists will always aim to protect their clients’ interests.

This form of risk demands dedicated cover rather than relying on the partial protection that might be available under the employer’s or public liability cover in standard policies. 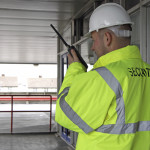 Failures in security can also result from malfunctioning systems, such as CCTV. Where these solutions have been installed by the security contractor, ‘products efficacy’ cover will also be required.

Another risk deserving of careful consideration is the delicate issue of employee dishonesty. However thorough your recruitment and vetting procedures may be, it’s always advisable to ask yourself the question: ‘What if?’ When items go missing from a site or a suite of offices it’s often the security officers or cleaners on duty who are first to fall under suspicion simply because they’ve been placed in an immediate position of trust.

A sound insurance policy should provide specific cover for the consequences of your staff stealing from a client or colluding with others in order to do so. To ensure that the level of cover is adequate, your assessment should take account of the value of the stock or equipment at the given client’s premises and the consequences of any theft.

Employee dishonesty isn’t as common as might be expected, due in large part no doubt to the industry’s concerted efforts around raising standards. This is why reputable insurers will waive the usual vetting condition when processing claims from companies that are approved under the Security Industry Authority’s Approved Contractor Scheme and also offer discounted premiums.

Some insurers seek to win business by paring the limits set out in standard policies to the bone such that they can trim the headline premium. Others consider it more prudent to base their premiums on levels of cover that provide comfortable protection for the majority of clients. It’s vitally important, then, for the buying security company to bear in mind the level of cover they’ll enjoy when comparing which premiums to select.

The contractual terms set by security companies’ clients have a major bearing here. It’s imperative that you check your contracts’ conditions as some clients, for example, will require public liability protection at the £10 million mark. The policy limits can – and, indeed, should – be tailored to what’s needed. 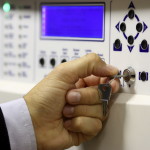 One of the main pitfalls for security companies is the somewhat tricky area of extraneous duties. Security officers are typically on premises for long hours, if not 24/7, though not necessarily active, so clients and their staff often ask or expect them to lend a hand with other duties. Those duties can range from manning the reception desk for a short time to activities beyond the call of duty, such as gritting and salting a car park or the warehouse loading bay entrance in the winter months. As an employer you need, in the first place, to be fully aware of what your staff are doing on site so be sure to ask them.

To be frank, such tasks should be written into the contract. Your clients also need to understand and acknowledge that, while engaged in this extra work, the security officers’ roles may be compromised.

You must also inform your insurer. We’ve encountered situations where security staff have been expected to help unload lorries, exposing them to risk of injury from manual handling procedures – for which they hadn’t been trained – and/or liability for damaging goods. Another example would be security officers tasked with putting up Christmas decorations, which can involve the use of ladders and mobile access platforms.

More often than not, the insurer will merely note the activity on the policy but, if these extraneous activities are frequent and high risk, the level or scope of the cover – and also the premium – may need some adjustment.

A combination of contracts

Cleaning contracts and services are increasingly being combined with security contracts. Again, the nature of the work and the proportion of contracted activity it represents are important. 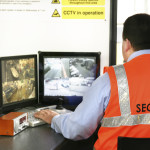 If a member of staff drops a window squeegee from height on to a pedestrian below, you may be covered by general public liability. If they scratch all the window panes or smash a valuable display case then you could find yourself picking up a sizeable bill unless, of course, you have separate cover for ‘damage to property being worked upon’ (which is standard in our own contract cleaners’ insurance).

For security contractors, a standard policy should also include cover for wrongful arrest. This is particularly important for security officers who find themselves based in general retail stores and supermarkets.

Shoplifters have been known to trick security staff by replacing items before being arrested so as to claim compensation for the ‘distress and embarrassment’ caused by their wrongful arrest. The problem of shoppers being mistakenly arrested is not as common as it once was, due – at least in part – to better surveillance and communication between members of staff on the ground and those monitoring CCTV systems. That said, this form of cover should remain a standard protection.

Security companies must also weigh up the risk that the premises they protect may be the target of public protests. These could yield claims, for example, from members of the public allegedly involved in rioting or looting.

Standard cover of £5 million is more than adequate for all but the most high risk of sites, but your insurer needs to know about sensitive or high-profile premises you patrol as well as the more obviously hazardous locations such as major railway terminals and airports. These are usually excluded locations in an insurance policy and require special reinsurance arrangements to be put in place by the insurer.

Gaps in cover and rejected claims 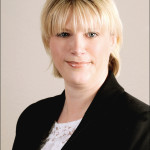 Gaps in cover and rejected claims are often down to busy managers lacking the time to review and discuss the needs of their business with insurance advisers. The process of arranging insurance cover can be streamlined, though, for example by providing a statement of fact for checking instead of requiring applicants to complete a long proposal form.

Insurance providers need to recognise that security businesses change. Annual reviews can identify savings as well as different and additional risks to be managed.

Changes in the security business can affect premiums, with company turnover being a significant factor here. Some insurance providers require an ‘annual declaration adjustment’. On that basis, if your sales exceed your forecasts then you’re likely to face a ‘balloon’ payment after year-end.

Non-adjustable premiums are a fairer and more transparent option for the insured. In the event of a claim, loss adjusters may ask to see the financials, but they should recognise that sales can fluctuate with contract awards.

Tina Chittenden is Head of the Security Sector at Darwin Clayton