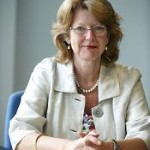 Ruth Evans has served as chairman and deputy chairman of four regulatory Boards and two independent inquiries. In addition, Evans has been a non-executive director of four financial services businesses, led three charities (namely War on Want, MIND and Maternity Alliance) and served as CEO and accounting officer of the National Consumer Council for seven years.

Today, Evans is the chairman of ATVOD (the regulator of television on demand), non-executive commissioner of the Independent Police Complaints Commission, non-executive director and chairman of the Rem Co at the CPP Group plc and founding Trustee of Alacrity Entrepreneurship Foundation, a graduate scheme established to build successful technology companies.

Having overseen Evans’ appointment, David Green CB QC – director of the SFO – stated: “Ruth is a champion of the public and consumer interest with wide experience across the public, regulatory and commercial sectors. I’m delighted to welcome her to the SFO.”

On her new role, Ruth Evans enthused: “I’m very pleased to be joining the SFO, and particularly now at a time of renewed vigour and sense of purpose at the organisation. I look forward to playing a part in the SFO’s continued improvement and contributing to enhanced governance, efficiency and engagement.”

Ruth Evans took up her role at the SFO with effect from 26 January 2015.

Evans chaired the Brompton & Harefield Inquiries into Baby Deaths and the Independent Inquiry into Drug Testing at Work.

Non-executive directors at the SFO

As stated, the SFO’s other non-executive directors are Simon Duckworth OBE DL and Tony Osbaldiston. 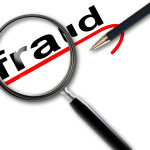 Duckworth sits on both the Home Office’s National Crime Agency Programme Board and its Economic Crime Co-ordination Board.

Tony Osbaldiston has significant expertise as a senior finance director and brings operational, international and City knowledge to the SFO. He has served on the Boards of a wide variety of public limited companies – among them FirstGroup plc, Raymarine plc, the BSS Group plc and Synstar International plc – and is currently non-executive chairman of the Encon Group.

*The Serious Fraud Office is an independent Government department responsible for investigating and prosecuting serious and complex fraud, bribery and corruption. Director David Green CB QC exercises powers under the superintendence of the Attorney General. These powers are derived from the Criminal Justice Act 1987