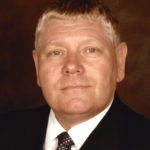 Following a recent Board Meeting of the UK Chapter of ASIS International, the organisation has announced that Russell Penny CPP MSyI is elected as chapter chair. Darren Carter CPP is vice-chair with David Marsh CPP serving as treasurer and James Morris CPP as secretary. These positions will run until November 2020 when formal elections will then be held to align with ASIS International’s normal procedure. This is the first time in the UK Chapter’s history that all four Chapter officers hold ASIS certifications.

Last Autumn, ASIS International reduced the amount of time Chapter officers can serve to six years. At that juncture, the two vice-chairs (namely Graham Bassett MSyI FIRP FInstSMM and Mike Hurst CPP) were in their tenth year. To allow for a smooth transition, their terms of office were extended into 2020.

With the transition in place, Bassett and Hurst will step down as Chapter officers following the ASIS UK Spring Seminar on Tuesday 17 March, although both will remain as directors of ASIS UK Chapter 208 (the limited liability company by guarantee) until their terms of office expire at the end of this year. 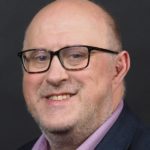 During their tenure, the UK Chapter has enjoyed unprecedented growth and development. The Chapter’s membership has increased by almost a quarter (indeed it’s now at an all-time high), income from sponsors has increased tenfold, the organisation has hosted the ASIS European Security Conference twice (in 2012 and 2016), the Chapter Newsletter has won multiple awards and the Chapter’s standing within the international security profession has never been higher.

Bassett and Hurst have fostered strong relationships/friendships for the UK Chapter by serving on the ASIS European Conference Programme Committee and the ASIS European Advisory Council from 2011-2019 and, more recently, on the European Governance Work Stream which will define the future structure of ASIS Europe.

Among other ASIS activities, Bassett is the current assistant regional vice-resident for Region 9a, while Hurst serves as secretary of the ASIS Professional Development Council. In 2018, Bassett and Hurst were joint recipients of the Chapter’s Mervyn David Award and, in 2016, the latter was presented with the ASIS International President’s Award of Merit. 2020 is Bassett’s 25th year as an ASIS UK Chapter member. 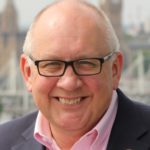 Both of these industry professionals have been recognised by their peers in the IFSEC Global Influencers ‘Security Thought Leadership’ category for their overall contribution to the profession. They’re also both ambassadors for veterans’ mental health charity PTSD Resolution for which, via ASIS UK and their other activities, they’ve raised both awareness and money to treat those affected by this condition.

Russell Penny commented: “Graham and Mike have devoted countless volunteer hours to ASIS UK and they will continue to do so, but in less demanding roles. I’m personally grateful to them for all of their efforts, their friendship and promises to continue to support us moving forward. ASIS International’s president Godfried Hendriks CPP and CEO Peter O’Neil add their thanks for Graham and Mike’s extraordinary commitment over the last decade. We look forward to thanking them in person at our Spring Seminar.”