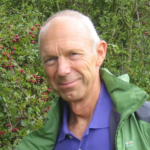 “Bob was very highly regarded by his fellow security professionals,” explained Clark. “He was always incredibly positive and pragmatic.”

After a career within the Metropolitan Police Service, Knights became a successful independent consultant and trainer. Having worked in both the public and private sectors throughout the UK and worldwide, he developed a sound understanding of corporate security and the need for highly efficient and cost-effective security programmes.

“Bob was a strong proponent of designing out crime in the built environment and systems application, which was an early predecessor of Enterprise Security Risk Management,” continued Clark. “He also held a retained position with the UK’s Civil Aviation Authority as a security auditor and also for an American standards organisation as their European security auditor.”

A passionate and enthusiastic trainer and mentor, Knights excelled in sharing knowledge and competency, helping many ASIS members achieve certifications in both the respected CPP and PSP qualifications.

“Bob will be sadly missed by all and our sincere and heartfelt thoughts and sympathies are with his loved ones at this difficult time,” concluded Clark. “There will be a further notification with regards to the funeral and the family’s wishes. ASIS will be represented and send flowers/make a donation as appropriately advised.”

All of us here at Risk Xtra and Pro-Activ Publications convey our sincerest condolences to Bob’s family and his many friends and industry colleagues within the security business sector at this very sad time.