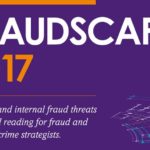 Cifas, the UK’s fraud prevention service, has released a new report detailing the fraud trends from over 325,000 cases recorded in 2016. The data from 387 organisations (including many major UK brands) is one of the most comprehensive pictures of fraud and fraudulent attempts made in the UK.

Key findings from the annual Fraudscape report include the fact that over 325,000 (325,092 in fact) internal and external fraud cases were recorded in total, which is up from 321,092 (representing a 1% increase) in the previous year. Organisations successfully prevented £1.03 billion in fraud losses through non-competitive data sharing. Identity crimes (identity fraud and facility takeover) remain the biggest threat, representing 60% of all fraud recorded.

A facility takeover happens when a fraudster poses as a genuine customer, gains control of an existing account and uses it for their own ends – such as making transactions or ordering new products or product upgrades. Any account can be taken over by fraudsters, including bank accounts and credit cards as well as telephone, e-mail and other services.

The increase in facility takeover episodes, and particularly those committed over the phone, is a sign that, as security for customer accounts has increased, criminals begin to target individuals instead and trick them into revealing personal details. For this type of fraud to be successful over the telephone, fraudsters must have obtained enough of their victim’s personal and security information (for example date of birth, address, details of bank or other accounts and sometimes their passwords) to convince the person on the other end of the phone that they’re actually the genuine person that they’re impersonating.

Fraudsters will collate personal data and identify targets in a variety of ways, such as data breaches, social media footprints and other open source information. In order to access the level of detailed information needed to conduct a successful takeover, fraudsters will then often contact their victims directly and manipulate them into revealing yet further personal details. Once they have enough personal data, fraudsters go on to call the bank, phone retailer or service provider armed with enough information to convince Call Centre staff that they’re the genuine customer.

Cifas CEO Simon Dukes said: “Working together, organisations prevented £1 billion worth of fraud last year, but we know that as one method of criminality becomes harder for them to pursue, fraudsters change tactic rather than stop. We’re now seeing that the advances made in securing online access to customer accounts have led to fraudsters targeting the human being at the end of the phone.”

Dukes added: “Using old-fashioned, but highly-effective con artistry, fraudsters are tricking individuals into giving away their personal details and deceiving Call Centre staff into making transactions on their victims’ accounts. The proliferation of personal data that’s available either online or through data breaches only makes this easier.”

In conclusion, Dukes added: “When people are targeted, education is key and we urge the next Government to do more to ensure that individuals know how to avoid these tricks and can recognise the signs of a scam. Organisations must also focus on education for Call Centre staff and ensure they make the most out of all new technology.”

City of London Police’s national co-ordinator for economic crime, Commander Dave Clark, said: “While national reporting of fraud and cyber crime has some way to go in representing the true scale of the threat posed to citizens and businesses in the UK, I welcome the stark reality that Cifas’ Fraudscape figures show from their member organisations. There are clear indicators in Fraudscape as to the key enablers of fraud being exploited by criminals, such as the telephone, online targeting and the fraudulent use of identity. The City of London Police and Cifas will continue to work with cross-sector partners to pursue and disrupt fraud while also providing the most up-to-date protection advice for citizens and businesses alike.”

Anyone can be a victim of fraud and, with a General Election only weeks away, Cifas is asking that the next Government makes tackling fraud a priority by adopting three key measures:

*Fraud education should be in the national curriculum Cifas wants to see every child from Key Stage 3 onwards receive consistent education on how to protect their identities online and safeguard themselves from fraud. Cifas data shows that young people are increasingly at risk from identity fraud.

*Tackling fraud should be a strategic priority for UK policing The latest crime figures issued by the Office for National Statistics show that almost half of all crime is fraud, while Cifas’ own figures highlight that 66% of frauds recorded by its members are cyber enabled. Cifas wants to see the next Government earmark funding and give a clear policy steer to law enforcement that tackling this high volume crime needs to be a priority.

*Conduct a comprehensive review of the sentencing guidelines for fraud Currently, the maximum sentence for fraud is seven years. Compared to other offences where the theft of money takes place, fraud has much lower sentences administered.

John Marsden, head of identity and fraud at Equifax, told Risk UK: “The latest Cifas figures show over 325,000 fraud cases last year, and that 60% of these related to identity theft. This type of fraud is reaching an industrial scale. As criminals’ tactics grow more sophisticated, there’s an increasing danger of personal details falling into the wrong hands. Fighting identity fraud must remain a top priority for businesses. They must ensure the systems they have in place to deflect fraudsters are up to scratch. This isn’t a ‘tick box’ exercise. Systems need to be regularly reviewed and improved to protect against new types of attack. At the same time, businesses need to manage customer demands for fast authentication checks and quick application processes.”

Marsden continued: “The fight against fraud mustn’t prevent good customers from receiving fast and efficient service. If their expectations are not met they will take their money elsewhere, which is a business risk in itself. Balancing speed of service and security is key.”

Continuing that theme, Marsden explained: “It’s crucial businesses do all they can to build, enhance and continuously develop their defences. Fraudsters are always on the move, on the hunt for their next trick, expanding their target pool and focusing on the identities of younger generations as well as older people. Information from young people grows in value as their earnings rise and those individuals take on more financial products. Accumulating these details now is an investment in the fraud of tomorrow. Action has to be taken by businesses and end consumers to protect personal information at all ages. Today’s complacency is tomorrow’s nightmare.”