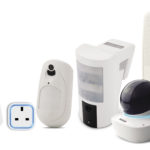 Detecting intruders outside before they attempt to enter a property was a key challenge as the risk of false alarms has historically been an issue in new security systems. This was a significant design consideration in respect of the configuration of the new Agility 4 system with the inclusion of the new Beyond Wireless DT outdoor detector.

Beyond Wireless leverages cutting-edge outdoor detection technologies and algorithms based on four detection channels. It’s widely regarded as one of the most secure wireless outdoor detectors in the industry. The multi-layered protection includes cover tamper, ‘Active IR Anti-Mask’ and an accelerometer-based shock sensor. If force is applied to the detector, the shock sensor generates a tamper alert to the panel.

RISCO Group has now developed both indoor and outdoor camera detectors for alarm verification with new features including Agility 4’s ability to receive a short clip of the event alongside a series of snapshots through an integrated camera. Upon detection, the camera is triggered automatically with snapshots and video clips available to the end user and the monitoring station simultaneously, all of which can be enabled by an installer using RISCO Cloud.

The complimentary range of new accessories includes a contemporary keypad, a compact key fob and the BWare detector now available as wireless.

A Beyond Wireless DT detector camera will also be released in the forthcoming months along with a discreet PIR detector and contemporary indoor sounder.

The Role of the Board in Crisis Management