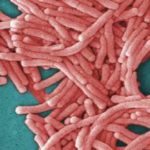 The British Standard gives recommendations and guidance on the assessment of the risk of Legionellosis presented by artificial water systems. Legionellosis is a collective term for diseases caused by bacteria of the genus Legionella, an opportunist pathogen which normally inhabits warm, moist or aquatic environments. The most serious and potentially fatal is Legionnaires’ disease.

Under the Management of Health and Safety at Work Regulations 1999 and the Control of Substances Hazardous to Health Regulations 2002, employers or those people in control of premises are responsible for understanding the associated health risks and for carrying out appropriate risk assessments such as those for Legionella. Therefore, in 2010, BSI published the first edition of this British Standard, BS 8580:2010, offering the necessary recommendations and guidance.

Changes to Approved Code of Practice

By 2014, the Health and Safety Executive had restructured and made changes to its Approved Code of Practice (ACoP) and guidance for controlling Legionella bacteria in water systems, known as ACoP L8. It then separated ACoP L8 from its technical guidance which was further developed by industry groups into three distinct parts:

Various factors prompted this revision of the original British Standard published in 2010, namely the separation of the ACoP L8 and HSG documentation and the shift from a single description of the risk assessment process and outputs to the recommendations for the frequency of inspection in each of the individual industry group (HSG 274 Parts 1, 2 and 3).

It also takes new information, published in 2017 as HSG 282: Control of Legionella and Other Infectious Agents in Spa Pools, into consideration.

David Fatscher, head of sustainability at the BSI, said: “We shouldn’t underestimate the risk Legionnaires’ disease poses to society today. Having updated guidance and recommendations for its prevention is as important as ever. This revised British Standard aims to enable anyone with responsibility for the Health and Safety of others in public premises, across the spectrum from the workplace to hospitals, to undertake the necessary risk assessments and adopt adequate prevention measures.”

Both versions are available in hard copy or PDF.