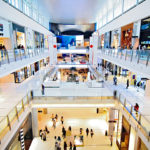 Veracode’s latest State of Software Security Report reveals that the retail space is faster than most industry sectors when it comes to addressing common vulnerabilities found in software, ranking second only to healthcare in its speed of shutting down flaws to reduce risk exposure.

However, it also emerges two-thirds (66%) of current applications used by retailers are at risk from information leakage attacks in which an application reveals sensitive data that can then be used by an attacker to exploit the target web application, its hosting network or, indeed, its users. In fact, the retail sector reported the third highest number of information leakage issues behind the technology and financial services industries.

Veracode’s research also investigated flaw persistence (ie how long a flaw lingers after first being discovered). The report shows that healthcare and retail are reducing their risk the fastest, with the retail sector remediating a quarter of vulnerabilities in 14 days and 50% of flaws in 64 days. Retail actually outpaces the average speed of fix at every interval across all industries, meaning the sector remains consistent with its urgency in closing vulnerabilities.

Although making great strides when it comes to reducing risk, then, the retail sector recorded the highest amount of code quality flaws of all other verticals at 65%. Code quality is the third most common vulnerability category in all industries behind information leakage and cryptographic issues, suggesting that this is an industry-wide dilemma with developing quality code.

“In the wake of the European Union’s General Data Protection Regulation, it’s vital that retailers have visibility into risk associated with code flaws,” said Paul Farrington, director of EMEA and APJ at Veracode. “With the busy holiday shopping season arriving, vulnerabilities in applications can allow attackers seeking sensitive information such as consumer payment data a way in. Many retailers are showing an aptitude for remediating flaws quickly to help improve security and protect their high value information. This is promising, yet the persistence and prevalence of vulnerabilities that continues to plague retailers calls for both an increased speed of fix and better prioritising over which flaws to fix in the first instance.”