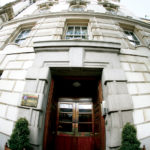 Leading Think Tanks and academic institutions from around the world are coming together to understand terrorist exploitation of technology and the digital space. The Global Research Network on Terrorism and Technology has been formed to better understand how terrorist networks operate online, the ethics of content moderation and the interplay between online content and offline actions.

The initiative is being led by the Royal United Services Institute (RUSI) in the UK and brings together partners from around the world, including the Brookings Institution (US), the International Centre for Counter-Terrorism (Netherlands), Swansea University (UK), the Observer Research Foundation (India), the International Institute for Counter-Terrorism (Israel) and the Institute for Policy Analysis of Conflict (Indonesia).

The Global Research Network on Terrorism and Technology is supported by the Global Internet Forum to Counter Terrorism, an industry-led initiative comprising Facebook, Google, Microsoft and Twitter.

The Global Research Network on Terrorism and Technology will publish a series of papers that aims to provide recommendations around the prevention of terrorist exploitation of technology to policymakers, technology companies and other stakeholders working on the problem of terrorist content online.

The first paper outlines how Internet regulators can learn lessons from experiences in countering terrorist financing to tackle terrorism content online. Written by Florence Keen of RUSI’s Centre for Financial Crime and Security Studies, the paper argues that policymakers developing a regulatory regime for communication service providers should engage with the sector itself in order to mitigate the unintended consequences of regulation, as experienced within the counter-terrorist finance regime.

Without effective collaboration between regulators and those tasked with tackling terrorist content online, the paper warns of counter-productive measures such as over-reporting, a ‘tick-box’ approach towards compliance and discrimination against smaller entities that may have fewer resources to commit to regulatory compliance.

Keen said: “There are clear benefits in taking lessons learned from long-standing efforts on counter-terrorist financing into account when developing a response to the online terrorist threat. Any such partnership must, however, consider the legal and practical gateways for sharing information, particularly as they may include stakeholders operating in multiple jurisdictions.”

James Sullivan, research Fellow in cyber threats and cyber security at RUSI, stated: “Although the evolution of technology provides improved capability and services to all sections of society, threat actors continue to exploit it for their own causes and activities. The Global Research Network on Technology and Terrorism will conduct research that develops a strong evidence base for policymakers and practitioners to draw on. In doing so, we aim to inform approaches to reducing the spread of terrorism and extremism in the online environment.”

Dr Erin Saltman, policy manager for the EMEA at Facebook, concluded: “The vision is to prevent terrorists from exploiting our platforms. We’re an industry-led initiative, but we also know that, in order to achieve our goals, we need to collaborate with a wide range of NGOs, academic experts and Governments. The research conducted by the Global Research Network on Technology and Terrorism will help our industry to better understand the myriad ways in which terrorist entities use the digital space and how to effectively challenge them.”