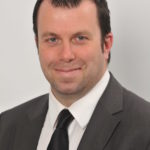 Press reporting that concentrates wholly on the heroic efforts of rescuers can reduce public fears in the aftermath of terrorist attacks. That’s the conclusion of research findings presented to delegates at the Annual Conference of the British Psychological Society’s Division of Forensic Psychology by Ellie Butcher and Dr Ciaran O’Keeffe (head of psychology at Buckinghamshire New University).

In her undergraduate research, Butcher presented 70 participants with one of three news articles about the Bastille Day attacks in Nice last year. The articles were a sensational report using exaggeration and graphic pictures, a report which focused on the ‘hero’ of the event and a fact-based report that used mainly factual language. After reading a randomly assigned article, participants then completed a standardised ‘fear of terrorism’ questionnaire.

“The way the national media reports terrorist-related incidents has the potential to influence the public’s levels of fear around terrorism,” stated Butcher. “My research set out to explore this potentially symbiotic relationship, and it’s fair to say the findings suggests that it does indeed have an effect.”

Dr Ciaran O’Keeffe added: “This is the interesting first step in a series of studies examining the influence of terrorism news reports using real world media articles. Future studies will take account of similar reporting in the wake of the Westminster Bridge and Manchester Arena attacks. They will also incorporate a tighter study design and use fictitious reports where the lengths of the articles and photographic content can be manipulated. In addition, the research will examine the influence of media-based photos [without text] and also whether social media-based reporting has a bigger influence when compared to the content produced by standard news outlets.”

O’Keeffe concluded: “Depending on the source, we’ve seen a subtle change in the media reporting of terrorist incidents with some outlets incorporating more ‘hero stories’ than has been the case in the past. On the basis of the research we’ve presented at the conference, this can only be a good thing.”