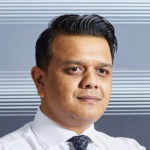 The Financial Conduct Authority (FCA) has recently reported that it carried out more raids last year than in any year since 2010. Syedur Rahman outlines why he firmly believes the reasons for those raids – and the results they eventually realise – are more important than the raid numbers themselves.

The recent headline was that the number of dawn raids conducted by the FCA has almost doubled over the past year. The number has leapt from a total of 13 in 2017 to 25 in 2018. Admittedly, 25 isn’t a huge number, but the increase is certainly a significant one. Yet perhaps the real news lies in the reasons behind the increase in those raids and, indeed, what results from them.

This increase could be seen as the FCA looking to make itself strong when it comes to cracking down on unregulated investments. The likes of so-called ‘boiler room’ operations and a variety of high-risk investment schemes are the type of activity that the FCA has to be seen to be tackling. Any failure to do so – or even simply a perceived failure to do so – can be seen asa weakness on the FCA’s part. That being so, it’s not particularly surprising that the FCA is now being seen to be resorting to more raids.

While 25 raids in a year is only just over two per month on average, it’s worth bearing two things in mind. The first is that 25 is the highest annual total for the FCA since 2010, which was when the UK was having to come to terms with the severe consequences of the financial crisis. Second, the number of raids per year fell to less than ten from 2014 to 2016.

The FCA, it appears, now has either a greater appetite for raids or more need to conduct them – or both. Whatever the precise reason, we appear to be seeing an increase in enforcement activity by the FCA.

There’s an argument that states when the economy and the markets are not particularly buoyant it becomes easier for the FCA – and any of its counterparts abroad – to identify investment fraud and mis-selling. The current raid figures, I would suggest, indicate more than a response to circumstances. They do appear to be yet another sign of the FCA taking a tougher approach in the wake of major investigations such as Libor and Forex rigging being concluded. The FCA has clearly recognised that undertaking raids sends a clear message to unauthorised businesses and those who conduct unregulated investments.

At present, there’s an upward trend with FCA enforcement and criminal investigations. There are a number of reasons for this, including the FCA’s approach to streamlining certain investigations and processes in order to save both time and expense. Measures such as introducing partly-contested hearings and focused resolution agreements have helped in this regard.

There’s also the political pressure for the FCA to be more proactive. That pressure has been brought to bear for some time now.

A year ago, the FCA’s own statistics showed that it was opening more cases than ever: up from 100 in 2016 and 410 in 2017 to 504 by April last year. At the same time, it was revealed that its spending had risen by 35% in four years and that its staff numbers had increased by almost 50% in the same period. Yet questions have persisted regarding the FCA’s effectiveness.

Last year’s figures for case openings and staffing levels came at a time when the FCA’s penalty levels were at their lowest for seven years – a statistic that hardly highlights an ability on the FCA’s part to “get their man’’.

If we’re now in an era whereupon the FCA is opening more cases, employing more staff and, as we’ve just learned, conducting more raids, it’s only logical to expect an increase in the number of penalties.

The increase in the number of raids may well indicate a stronger approach to enforcement from the FCA, but this has to be accompanied by an upturn in results. In the past, the FCA has emphasised that it will not shy away from the difficult cases, but any number of investigations opened and raids carried out will ultimately count for nothing unless the FCA succeeds in bringing to book those it has targeted.

At the end of the day, that is the ultimate statistic by which to judge the FCA’s overall effectiveness.