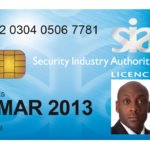 Second, the consultation asks for views on introducing physical intervention training for close protection licence holders if they work as door supervisors.

Alan Clamp, CEO of the SIA, stated: “We’re very keen on gathering the views of people with disabilities and organisations representing the disabled, as well as those of other people working within the industry. We want to promote equality of opportunity for those with disabilities, and a greater diversity among security operatives, while at the same time ensuring door supervisors can protect members of the public and themselves. The responses to this consultation will help us in setting the training requirements for door supervisor licences appropriately.”

The SIA requires door supervisors to have undergone physical intervention training. This training covers such elements as how to escort someone out of a given premises and disengagement in a violent situation. This requirement was brought in to ensure that door supervisors have the knowledge and skills to protect members of the public, their colleagues and themselves from violence and other dangerous situations.

The SIA wants to hear views on this matter from the private security industry, in particular the views of people with disabilities and holders of door supervisor and close protection licences.

*The consultation period runs from now until Tuesday 20 December. Read the instructions on how to respond to the consultation here: www.sia.homeoffice.gov.uk/training-consultation

**The Regulator has also engaged an independent consultancy to run a Workshop for people with disabilities and disabled people’s organisations in order to facilitate discussion on disability and door supervision. To be involved in one of these Workshops e-mail: SIAworkshop@mottmac.com

The SIA has just issued an update on the progress made since the introduction of the new licensing system. Some individuals and businesses have experienced problems with the new system. They should be assured that the Regulator is working hard to resolve the issues that are causing difficulties.

Positively, the new system is working for many people. The SIA has issued over 12,000 licences using the new process. Over 40,000 individuals and upwards of 1,200 businesses have registered since 6 July.

It’s a complex system built with secure links to other validation systems that pulls together information from a variety of sources. The SIA requires this information to ensure that those who are licensed to work are fit and proper individuals, with the safety of the public being the primary concern.

In August, the SIA issued 72% of licences within 25 days of an application being received with payment and confirmed identity. This is below the 80% target aimed for by the Regulator. The SIA is striving to improve its performance and accepts that these figures will be of little comfort for those whose applications are hampered by the technical issues. There will always be applications that take longer due to being more complicated to progress, but there are more than usual due to the problems with the system.

One of the ways in which the SIA has sought to alleviate the pressures on businesses that belong to the Approved Contractor Scheme (ACS) is through Licence Dispensation Notices (LDN). This has now been extended such that ACS businesses can issue a first LDN for ten weeks to employees whose applications have reached the Next Steps stage. The SIA has also announced that ACS businesses may now deploy up to 20% of their workforce engaged in licensable activities while they’re on a LDN. This is a temporary measure. The Regulator will make a further announcement to confirm when this measure will end and businesses must revert to the usual 15% limit.

The SIA’s solution suppliers are continuing to fix defects in the system. The fixes are being prioritised for the maximum impact on people whose applications have been stuck in the system, and also the fixes that will benefit the most applications.

In addition, the SIA has held Workshops with businesses so that it can hear first-hand what the problems facing people are at the present time. Industry representative bodies are asked to canvass their members and feed any relevant information back to the Regulator.

The latest fix that was introduced on 9 September addressed issues that included some payment difficulties, data being passed from the Post Office to the SIA and certain difficulties experienced with the Experian check information that was causing a lot of people to have to submit further documentation.

Extra staff have been employed to assist with document handling, customer support and application processing. This is already making a difference. These staff are in addition to the other SIA staff who are currently being redeployed from their usual duties to assist with the application process. The SIA is continuing to recruit further staff and expects to have more new joiners over the next two weeks.

The Regulator is proactively updating content on its website in response to new issues with easy access guides to the new system while also continuing to use social media for providing updates on fixes and guidance about system use.